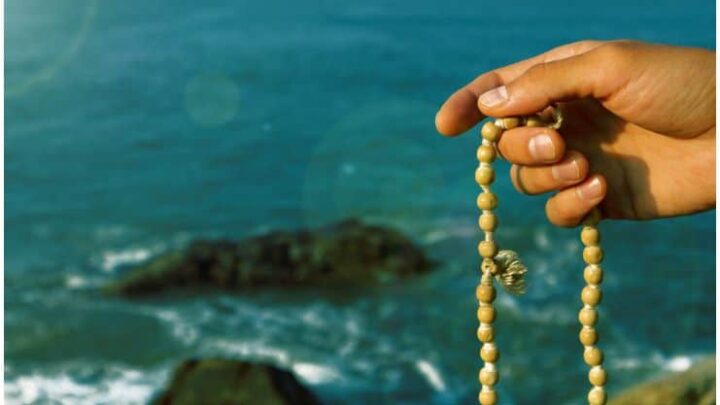 One Universal Creator God, The supreme Unchangeable Truth and that is the Onkar, The Creator of the Universe, Beyond Fear, Beyond Hatred, Beyond Death, Beyond Birth, Self-Existent, by the Guru’s Grace.

“Serve your True Lord and Master, and you shall be blessed with true greatness. By Guru’s Grace, He abides in the mind, and egotism is driven out. This wandering mind comes to rest when the Lord casts His Glance of Grace.” – quote from Shri Guru Granth Sahib.

This is the mantra that all beginners to Sikhism have to learn and repeat (aloud or in their mind) over and over again until it becomes an automatic process. After learning this short verse and its full meaning, it is common for beginner practitioners to awake early in the morning, wash, and start a mantra meditation on this mantra for 20 to 30 minutes focusing on the sound and meaning of each mantra word.

“The Mul Mantra is a fate killer. It removes the fate and changes the destiny to complete prosperity.” – Yogi Bhajan’s quote.

Ek Onkar – There is Only One God.
Sat Naam – His Name is True.
Karta Purakh – He is the Creator.
Nirbhau – Without Fear.
Nirvair – Without Hate.
Akaal Moorat – Omnipresent.
Ajooni – Free from Birth and Death.
Saibhan – Self-Illuminating.
GurParsad – Realized through the Grace of the True Guru.
Jap – Meditate upon His Name.
Aad Sach – For He was True when Time Began.
Jugaad Sach – He has been True since the Ages.
Hai Bhi Sach – He is still True.
Nanak Hosi Bhi Sach – Guru Nanak says He will forever be True.

“He is one, He is Ongkar, the supreme truth. He is the creator, beyond fear, beyond rancor. He is the timeless form, never born, self-creating. He is attained by the guru’s grace. He was truth before the ages and as time ran its course. Nanak says now is he truth eternal and forever will he be.” – Osho

“First, the baby loves mother’s milk; second, he learns of his mother and father; third, his brothers, sisters, and aunts; fourth, the love of play awakens. Fifth, he runs after food and drinks; sixth, in his sexual desire, he does not respect social customs. Seventh, he gathers wealth and dwells in his house; eighth, he becomes angry, and his body is consumed.

Ninth, he turns gray, and his breathing becomes labored; tenth, he is cremated and turns to ashes. His companions send him off, crying out and lamenting. The swan of the soul takes flight, and asks which way to go.” – quote from Shri Guru Granth Sahib.

The effects of chanting this soothing mantra 108 times in the morning and before sleep include enhanced focus, peace of mind, and inner strength.

Read on insightstate about other mantras such as – White Tara Mantra, Shanti Mantra, Great Compassion Mantra, and Green Tara Mantra. 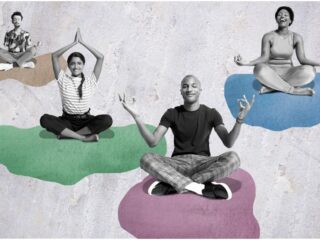