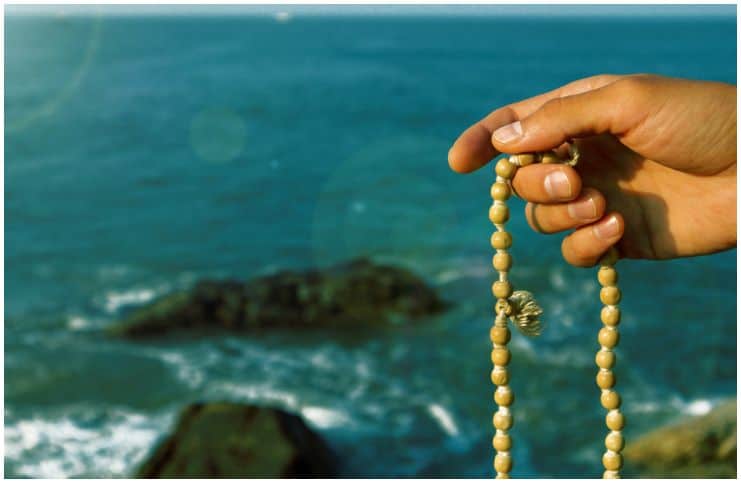 Oh enlightened deity mother Tara, you who are able to swiftly liberate all beings from samsara, from all fears and sickness; please increase and firmly establish my life, merit, and wisdom.

Cintachakra is another name for White Tara, also known as The Wish-fulfilling Wheel. Tara is a Buddhist savior-goddess with numerous forms, widely popular in Nepal, Tibet, and Mongolia.

The White Tara (Sanskrit: Sitatara; Tibetan: Sgrol-dkar) symbolizes purity and is often represented standing at the right hand of her consort, Avalokiteshvara, or seated with legs crossed, holding a full-blown lotus.

She is generally shown with a third eye. Tara is also sometimes shown with eyes on the soles of her feet and the palms of her hands (then she is called “Tara of the Seven Eyes”). White Tara is known for compassion, long life, healing, and serenity.

His Eminence Garchen Rinpoche has taught extensively on the benefits of White Tara practice. Practiced by all four major schools of Tibetan Buddhism, White Tara has been the main deity practice of many well-known Buddhist scholars and Siddhas in both India and Tibet, foremost among whom were Nagarjuna and Atisha.

White Tara’s special function is to promote long life, peace, prosperity and health through her enlightened activities, both for the practitioner and for others.

White Tara is known to be a deity that, if one follows the practice, it is one of the simplest practices. And in fact, the mantra itself being short, one is able to complete a retreat with reciting one-hundred-thousand times the mantra in one week, with four sessions or even in three sessions a day.

Then, think you have received all of Tara’s qualities of holy body, holy speech, and holy mind—all the realizations, omniscient mind, complete compassion, perfect power, and immortal realizations. When you stop reciting the mantras, think: