Socrates (469/470-399 BCE) was a Greek philosopher considered to be the founder of the Western philosophical tradition.

His “Socratic method,” (elenchus) laid the groundwork for Western systems of logic.

His views were instrumental in the development of many of the major philosophical schools and movements that came after him, including Cynicism, Platonism, Stoicism, and Hedonism.

He is portrayed mainly in the works of Xenophon and Plato as a man of great insight, self-mastery, integrity, and argumentative skill. However, these writings are in a creative and artistic style, therefore creating a doubt whether these details are fiction or truth.

Due to his attack on traditional Greek values, such as an obsession with physical beauty and wealth, he was sentenced to death by drinking poison hemlock. Soon after his death, a few members of his close circle praised and preserved his memory by writing works that represent him in his most characteristic activity – conversation.

Here are 38 famous Socrates quotes about change, life, and education:

#1 “The secret of happiness, you see, is not found in seeking more, but in developing the capacity to enjoy less.” 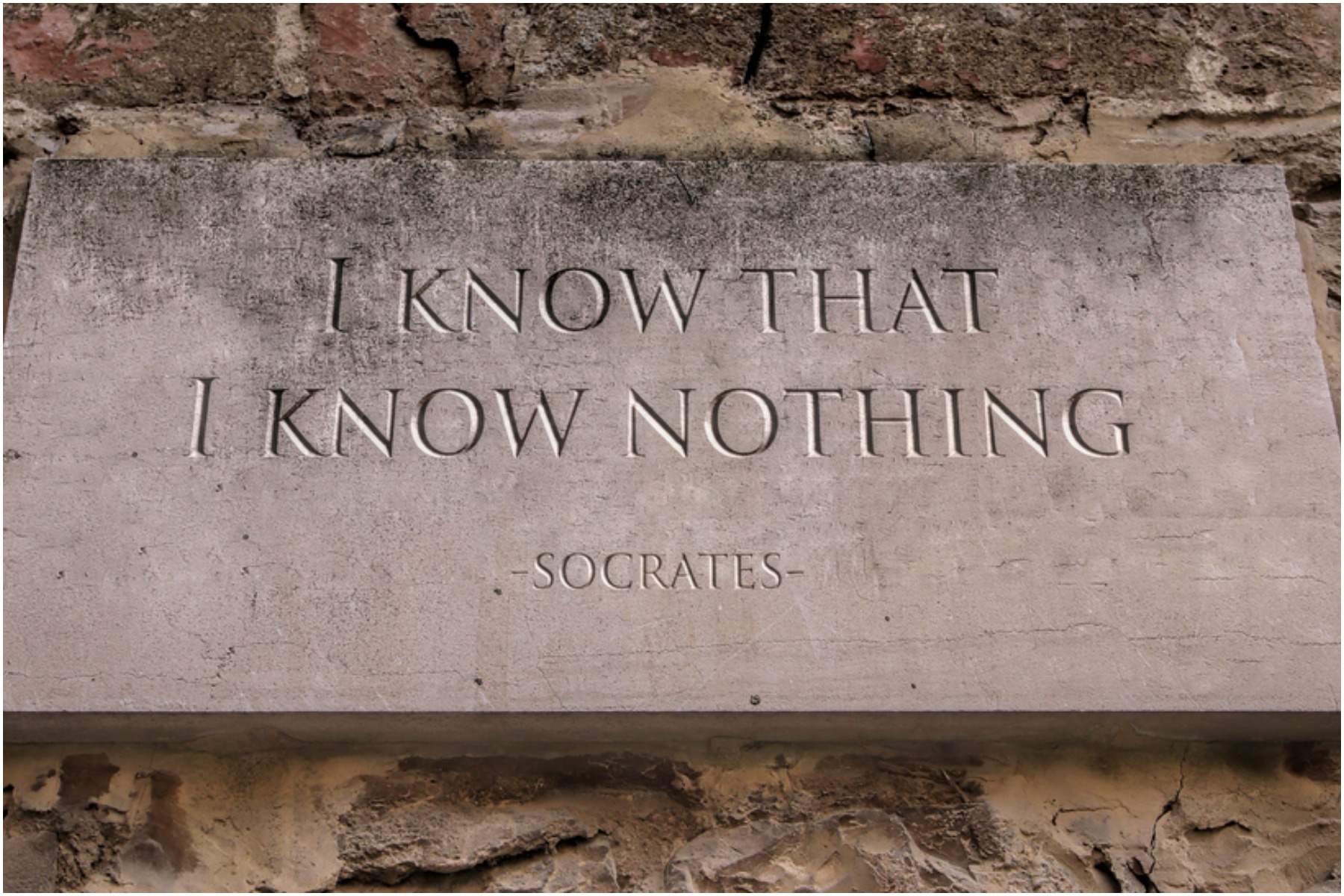 #2 ”Be kind, for everyone you meet is fighting a hard battle.”

#3 ”Be slow to fall into friendship; but when thou art in, continue firm and constant.”

#4 ”Remember that there is nothing stable in human affairs; therefore avoid undue elation in prosperity or undue depression in adversity.”

#5 ”True wisdom comes to each of us when we realize how little we understand about life, ourselves, and the world around us.”

#6 ”The only true wisdom is in knowing you know nothing.”

#7 ”Sometimes you put walls up not to keep people out, but to see who cares enough to break them down.”

#8 ”False words are not only evil in themselves, but they infect the soul with evil.” 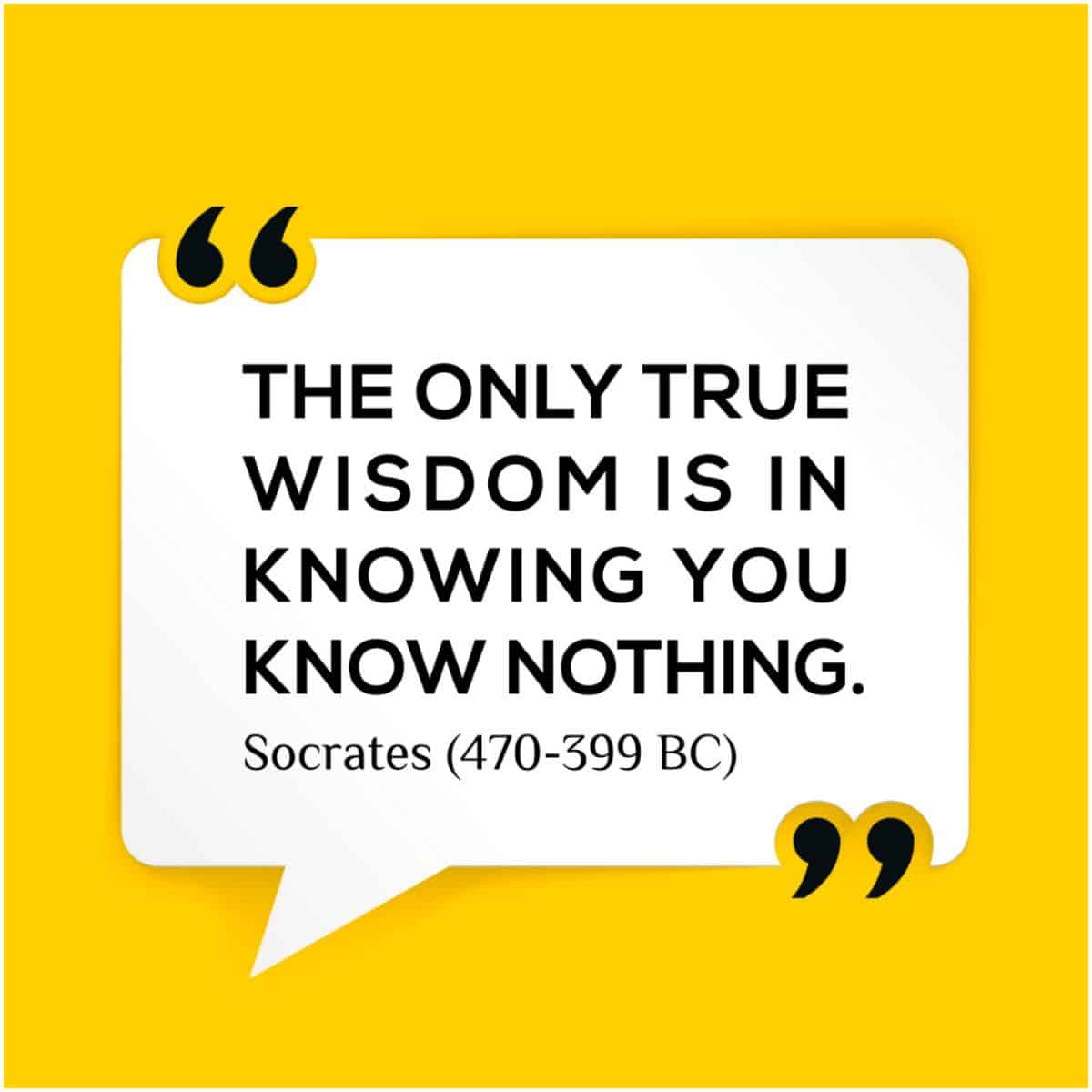 #9 ”The hour of departure has arrived, and we go our separate ways, I to die, and you to live. Which of these two is better only God knows.”

#10 “Nature has given us two ears, two eyes, and but one tongue-to the end that we should hear and see more than we speak.”

#11 ”Prefer knowledge to wealth, for the one is transitory, the other perpetual.”

#12 ”Children today are tyrants. They contradict their parents, gobble their food, and tyrannize their teachers.”

#15 “Education is the kindling of a flame, not the filling of a vessel.” 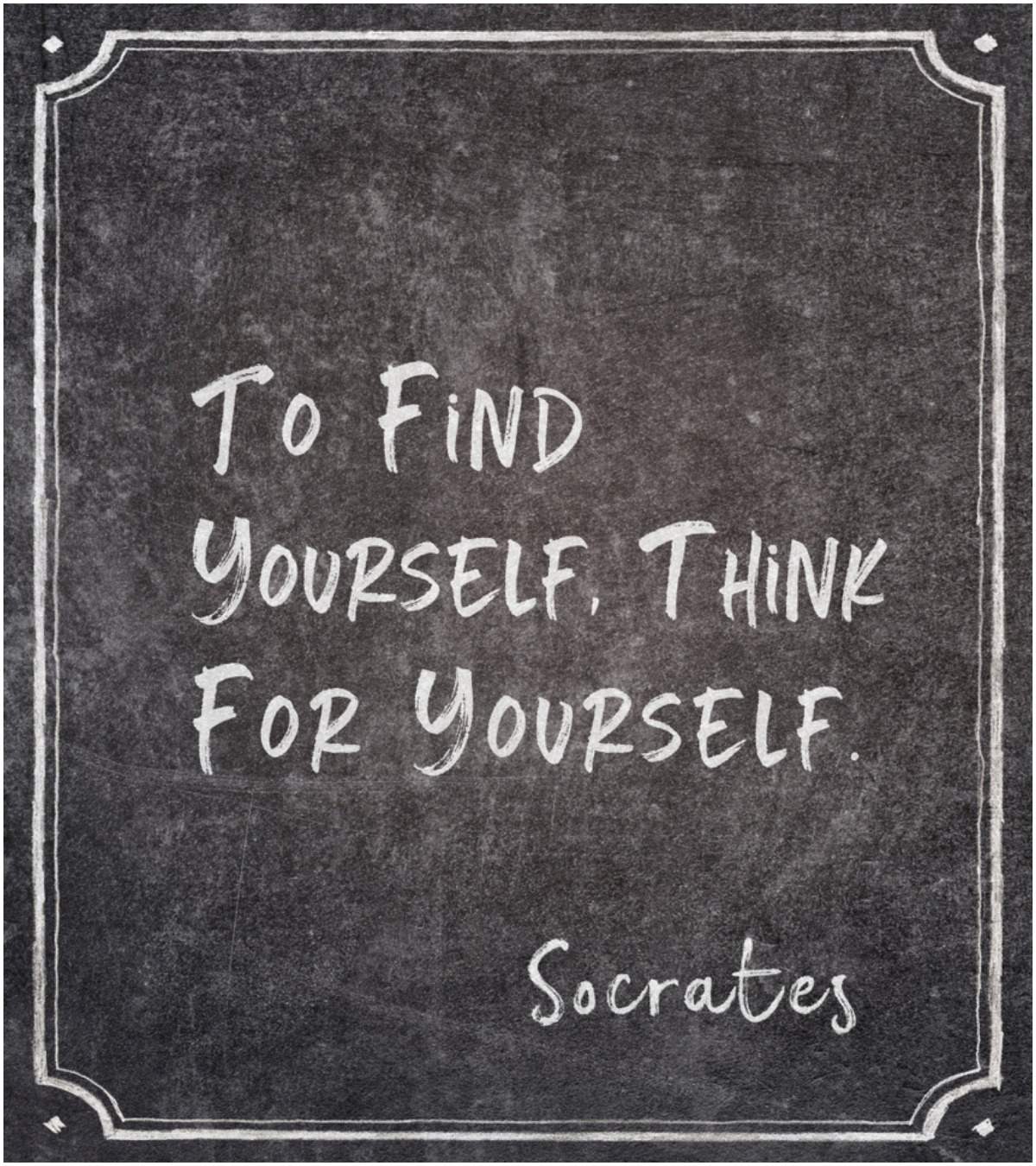 #17 ”The hour of departure has arrived and we go our ways; I to die, and you to live. Which is better? Only God knows.”

#18 ”Thank not those faithful who praise all thy words and actions; but those who kindly reprove thy faults.”

#19 ”If all misfortunes were laid in one common heap whence everyone must take an equal portion, most people would be contented to take their own and depart.”

#20 ”The unexamined life is not worth living.”

#21 ”From the deepest desires often come the deadliest hate.”

#22 ”Prefer knowledge to wealth, for the one is transitory, the other perpetual.”

#24 ”Ordinary people seem not to realize that those who really apply themselves in the right way to philosophy are directly and of their own accord preparing themselves for dying and death.” 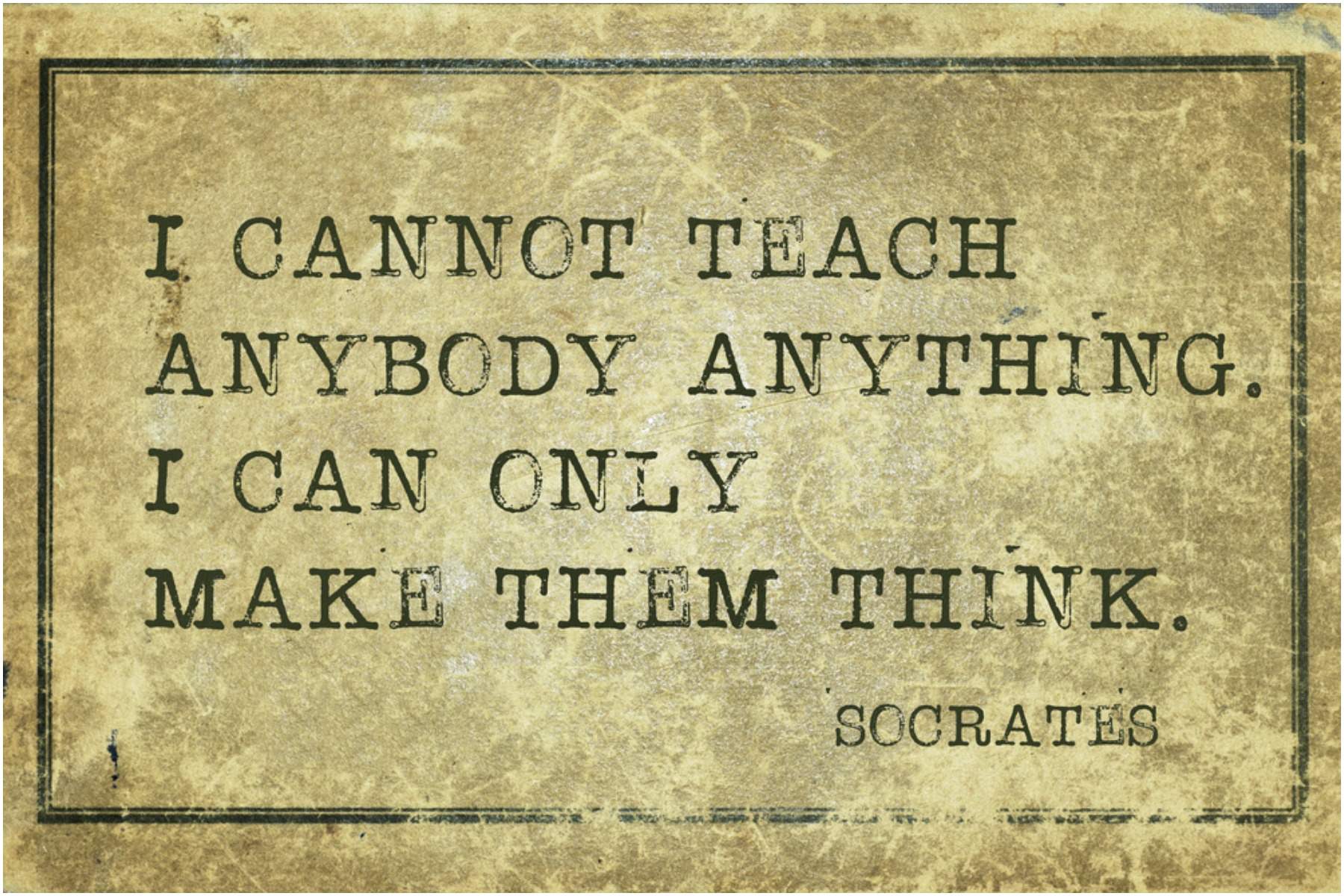 #26 ”False words are not only evil in themselves, but they infect the soul with evil.”

#28 ”No man has the right to be an amateur in the matter of physical training. It is a shame for a man to grow old without seeing the beauty and strength of which his body is capable.”

#29 ”Employ your time in improving yourself by other men’s writings so that you shall come easily by what others have labored hard for.” 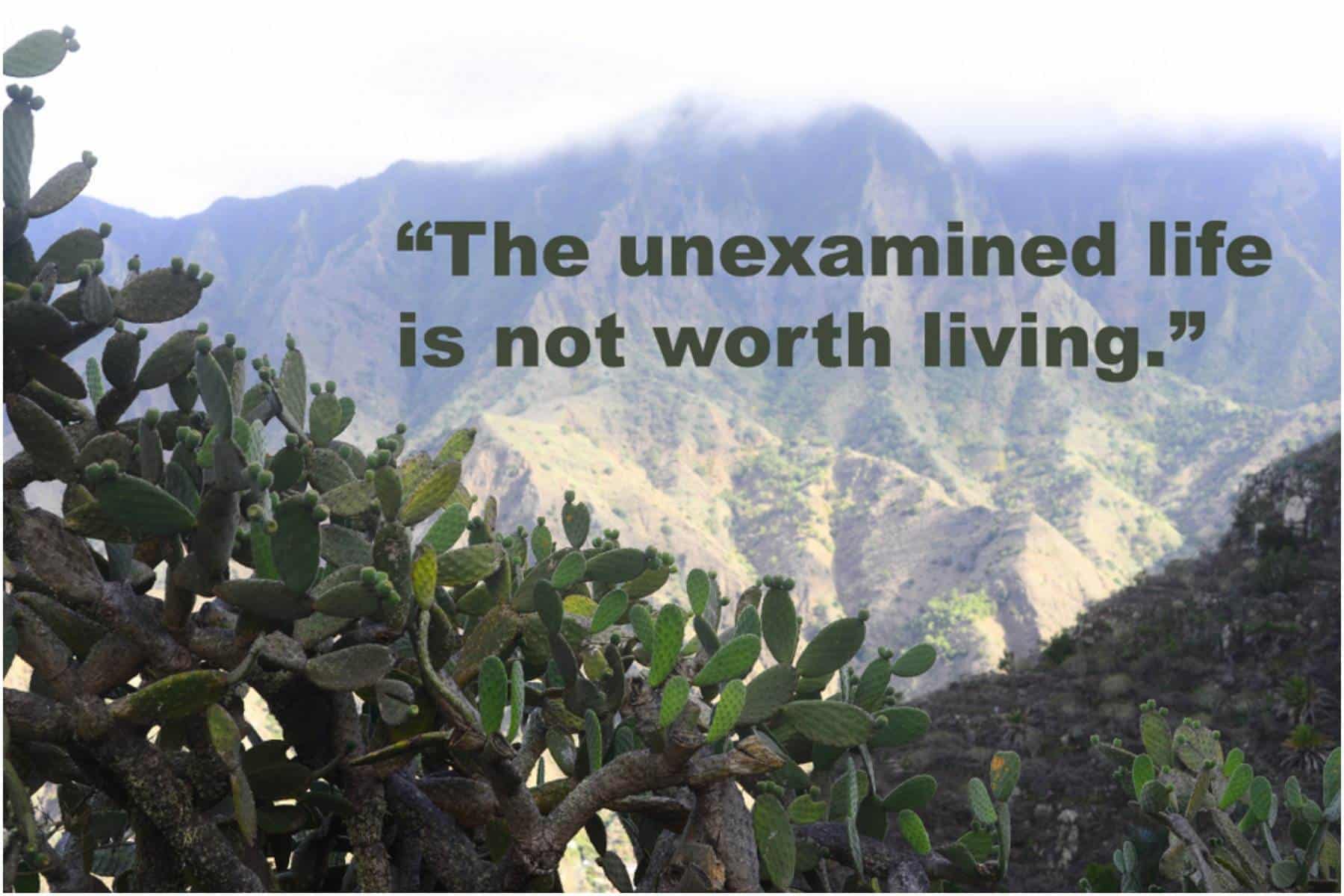 #30 ”Life contains but two tragedies. One is not to get your heart’s desire; the other is to get it.”

#31 “I was really too honest a man to be a politician and live.”

#32 “The beginning of wisdom is a definition of terms.”

#33 ”See one promontory, one mountain, one sea, one river and see all.”

#34 “I do nothing but go about persuading you all, old and young alike, not to take thought for your persons or your properties, but and chiefly to care about the greatest improvement of the soul.”

#35 “Every action has its pleasures and its price.”

#37 ”People demand freedom of speech to make up for the freedom of thought which they avoid.”

READ THIS NEXT: 40 Mahatma Gandhi Quotes

All wise words, but I think the quote number 28 was of Aristotle, who apart from being a wrestler had the honour of being student of Pluto - the most respected student of Socrates.