How the Grinch Stole Christmas, also referred to as The Grinch, is a film directed by Ron Howard, book by Dr. Seuss, screenplay by Peter S. Seaman and Jeffrey Price.

List of 33 Quotes from How the Grinch Stole Christmas!:

#3 ”I am the Grinch that stole Christmas… and I’m sorry. Aren’t you going to cuff me? Beat me up? Blind me with pepper spray?”

#7 ”For fifty-three years, Christmas has brought me nothing but misery. I know just what to do. I become Santa Clause to steal their Christmas. If he could deliver it one night, then I can steal it. What’s Santa have that I don’t?”

#9 ”Saving you, is that what you think I was doing? Wrong-o. I just noticed that you were improperly packaged, my dear.” 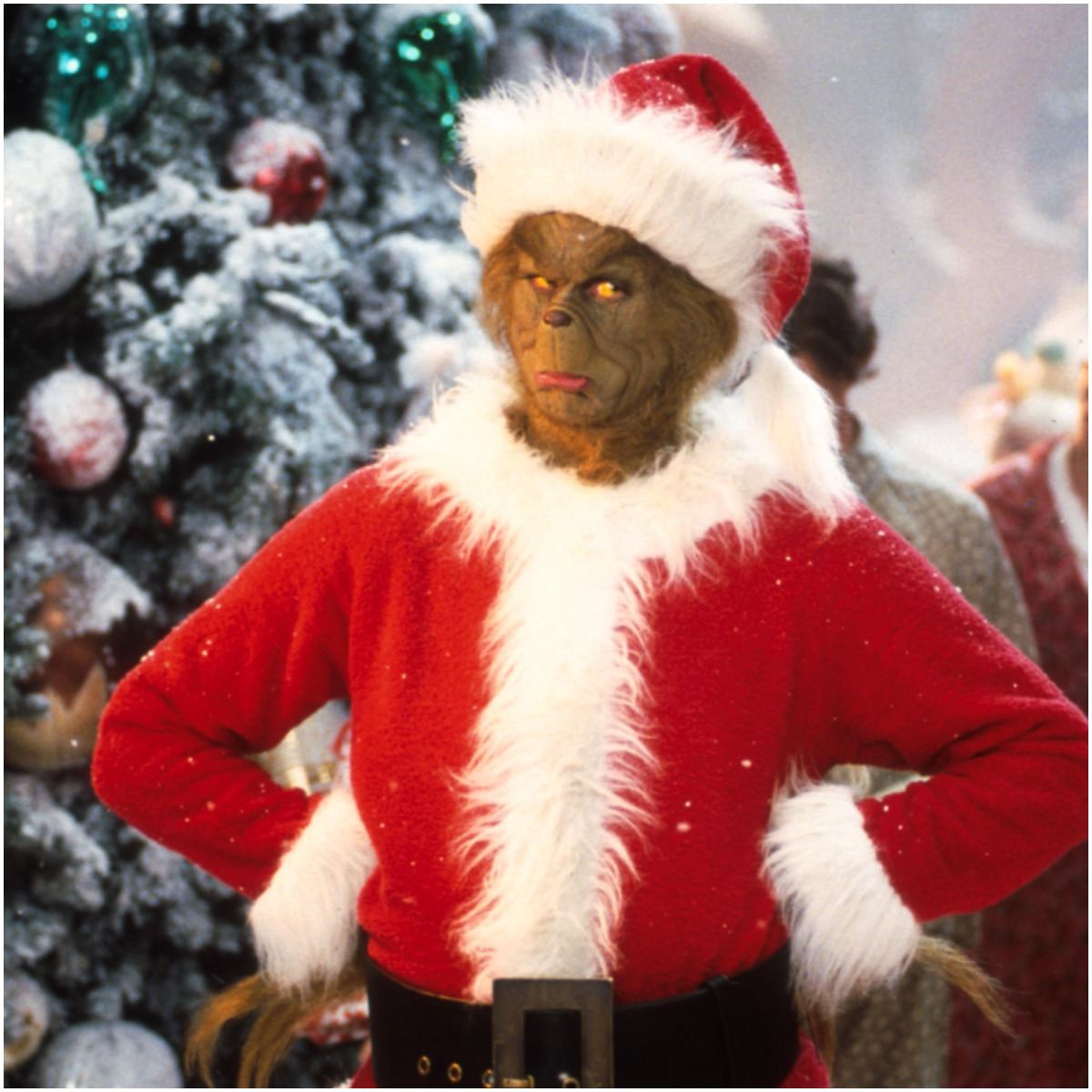 #10 ”Phone: You have no messages.
Grinch: Odd. Better check the outgoing. [presses another button]
Phone Message (Grinch’s voice): If you utter so much as one syllable, I’LL HUNT YOU DOWN AND GUT YOU LIKE A FISH! If you’d like to fax me, press the star key.”

#12 ”The avarice never ends! “I want golf clubs. I want diamonds. I want a pony so I can ride it twice, get bored and sell it to make glue.” Look, I don’t wanna make waves, but this whole Christmas season is stupid, stupid, stupid!”

#13 ”How dare you to enter the Grinch’s lair!? The insolence! The audacity! The unmitigated gall!” 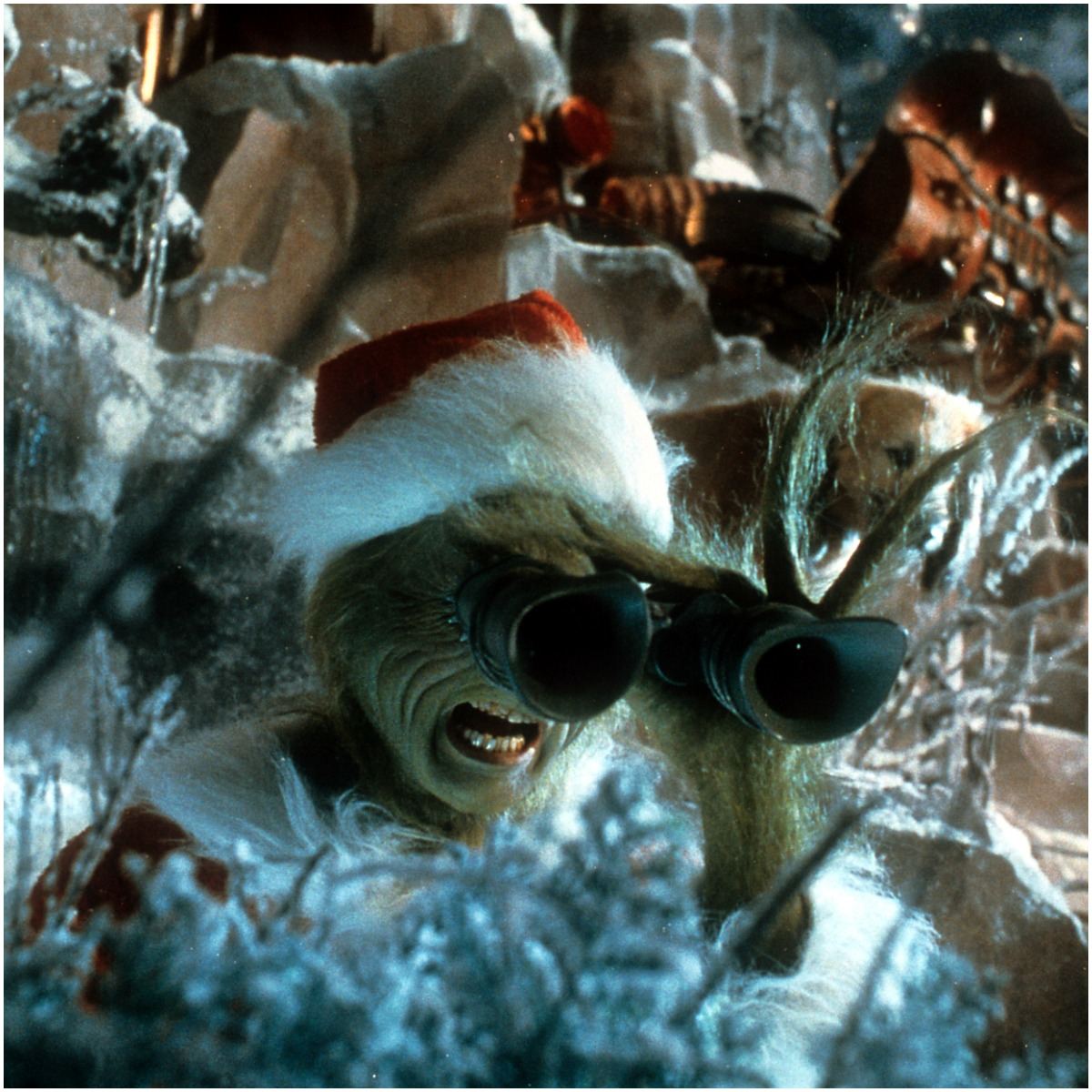 #15 ”Now you listen to me, young lady! Even if we’re horribly mangled, there’ll be no sad faces on Christmas.”

#16 ”If you utter so much as one syllable, I’LL HUNT YOU DOWN AND GUT YOU LIKE A FISH! If you’d like to fax me, press the star key.”

#17 ”Cindy, we may be horribly mangled, but there’ll be no sad faces on Christmas.”

#18 “Pop guns! And bicycles! Roller skates! Drums! Checkerboards! Tricycles! Popcorn! And plums! And he stuffed them in bags. Then the Grinch, very nimbly, stuffed all the bags, one by one, up the chimbley!

#21 ”Give me that! Dont you know you’re not supposed to take things that don’t belong to you? Whats the matter with you, you some kind of wild animal? Huh?” 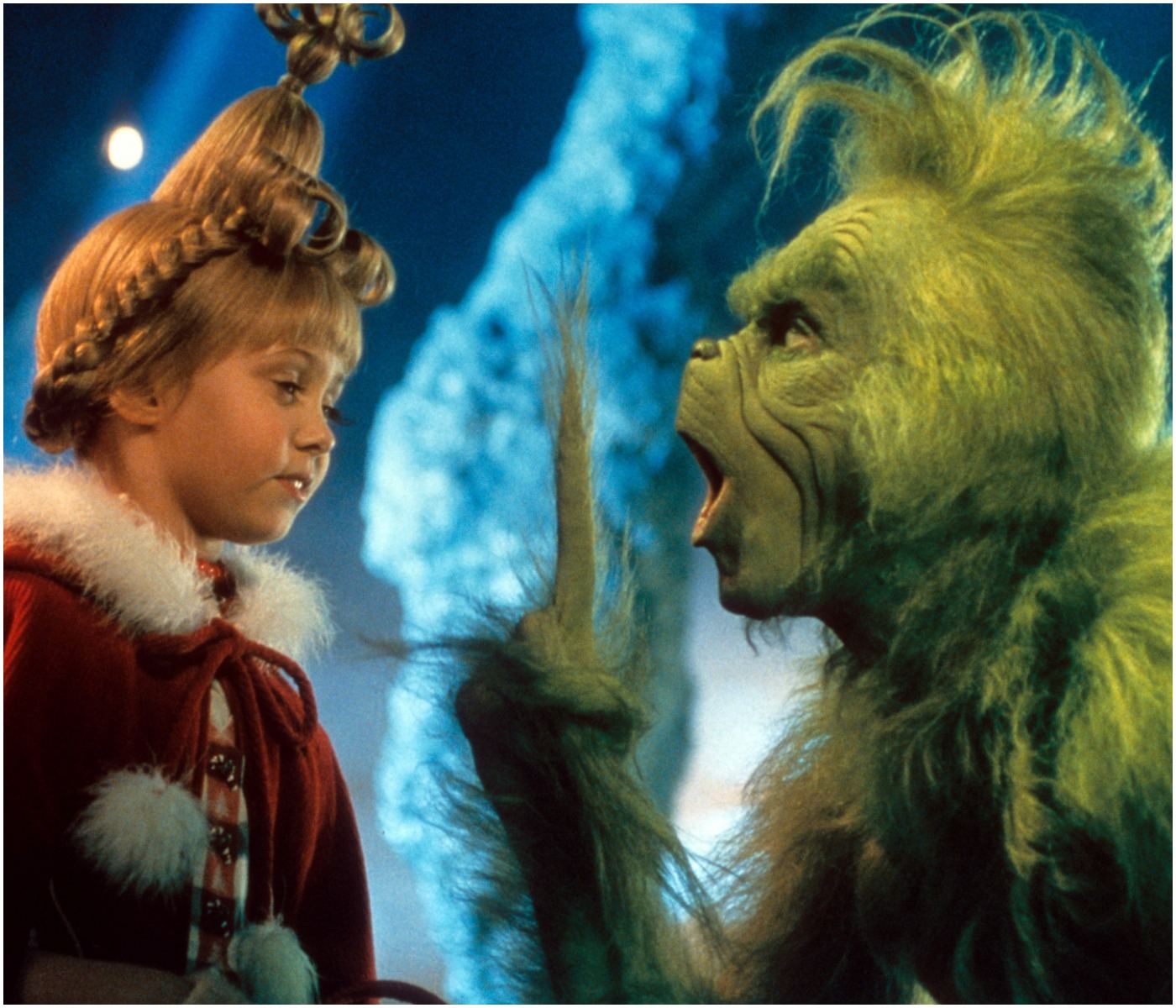 #22 ”Cindy Lou Who: Santa, what’s the meaning of Christmas?
The Grinch: VENGEANCE! I mean… Presents… I suppose.”

#25 ”All right, fine! I’m not talking to you anymore! In fact, I’m going to whisper! So that by the time my voice reverberates off the walls, and gets back to me, I won’t be able to hear it.”

#27 ”Fat boy ought to finish up any time now. Talk about a recluse! He only comes out once a year, and HE never catches any flak for it! Probably lives up there to avoid the taxes!”

#29 ”All right, you’re a reindeer. Here’s your motivation: Your name is Rudolph, you’re a freak with a red nose, and no one likes you. Then, one day, Santa picks you and you save Christmas. No, forget that part. We’ll improvise… just keep it kind of loosey-goosey. You hate Christmas! You’re gonna steal it. Saving Christmas is a lousy ending, way too commercial. Action!”

#32 ”And what happened, then? Well, in Whoville they say – that the Grinch’s small heart grew three sizes that day. And then – the true meaning of Christmas came through, and the Grinch found the strength of*ten Grinches, plus two!”

#33 “Maybe Christmas, the Grinch thought, doesn’t come from a store.”

READ THIS NEXT: Christmas Quotes