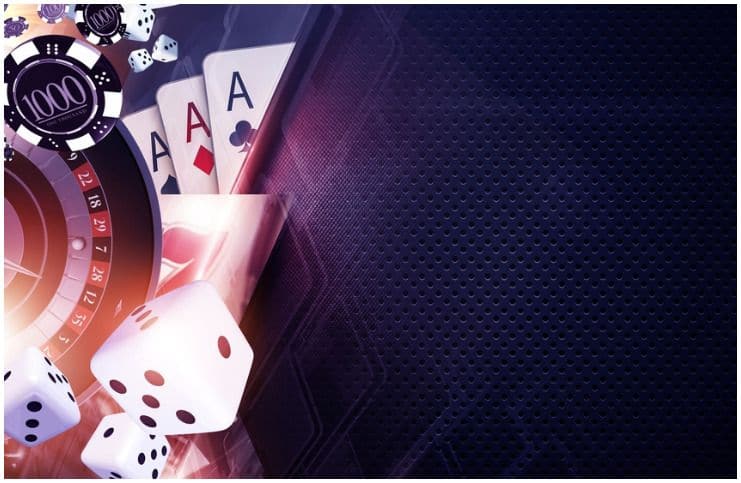 To perform at your optimum level in any game or sport your metal preparation must be as rigorous and carefully planned as your physical fitness to take part.

This is just as true of a game like poker, as it is of more physically demanding sports like football or even boxing – and perhaps the state of your mind before you start to play is even more important in a game that uses a considerable amount of brainpower.

After all, who hasn’t seen a sports person on the verge of a great victory who suddenly sees everything go up in smoke as they get a bad case of what, in some circles, are called “the yips”.

Just ask golfer Greg Norman about his performance in the 1996 US Masters and he’d be able to tell you all about it.

In this case, mental jitters affected physical ability but, in a game like poker where the focus is 100% on using brain power, making sure that you’re in peak mental shape is critical if you want to succeed.

So here are 9 tips to set you on the road to success.

The links between being relaxed and well-rested and being able to perform are widely acknowledged. Similarly, we all know how hard it can be to concentrate when we’ve only managed to grab a few hours’ sleep.

But poker’s a game that needs 100% focus on the game in hand – and you’re only going to be in a fit state to achieve that if you’re not too tired.

The brain may not actually burn more calories when we’re thinking hard but it’s certainly true that it’s the organ that uses the most energy – around 20% of the total we get through each day. Therefore, if we want to keep those neurons working and synapses firing it needs to be well fed and watered.

But it’s a careful balance to achieve. Eat too much and it can make us sluggish and lethargic and drink too much and we’ll be needing to leave the table too often for comfort breaks – so remember that moderation’s the key.

#3 Cut out all distractions

This is an especially important consideration if you’re trying your hand at online poker when the temptation can be to have your phone or tablet handy to check out messages and emails as they arrive, or even to have the TV on or music playing in the background.

But these all take at least some of your attention away from the play which can be potentially disastrous.

In a live casino experience, you can sometimes also find that opponents will indulge in a little trash talking aiming to have the same effect. It’s certainly unsettling – and a good argument for playing poker online.

#4 Be clear on your game plan

The next few tips will address actual mental processes to go through before you play and the very first is to scope out your plan and goal for the game.

By achieving mental clarity it will help you to focus more once you do start to play, as well as giving clear benchmarks by which to measure your success. If things aren’t going to plan you may need to adjust it slightly but it’s important to have one in place beforehand.

#5 Be aware of your weaknesses

As the philosopher Friedrich Nietzsche said, “All that doesn’t kill me makes me stronger” and this is very true of the way that studying your weaknesses and past poker failures can improve your play.

So take time to reflect on specific situations, and even hands, in which you’ve made mistakes in the past and you’ll be far less likely to repeat them.

This is a technique that’s widely used by sportspeople of all kinds and is a critical element of limbering up to compete.

It’s closely linked to having confidence in your own abilities and is simply a question of picturing, in your mind’s eye, the success that you aim to achieve. It’s important that this is an image of the game itself, not the resulting effects, because it’s all about foreshadowing a situation before it occurs.

To create the perfect conditions for total concentration you will also need to clear your mind of all other thoughts before you start to play.

So take yourself to a quiet place and, if you like, listen to some relaxing music as you focus on what’s to come. If you do want to listen to music, instrumental is best as lyrics are more likely to set you off thinking about other, non-poker-related, things.

#8 Do some logic exercises

They say that your brain’s a muscle so it needs to be warmed up first if it’s going to perform. This is especially important in poker where you are going to have to both make logical decisions on the spot as well as relying on instinct.

So a few minutes spent doing logic puzzles, like sudokos for example, will get the right sorts of thought processes working and prepare you to apply them to your game.

#9 Be ready to harness your emotions

Finally, get yourself into the frame of mind in which the anxiety you may be feeling before the game can be channeled into putting you on your toes rather than acting as a distraction. It may not be easy to do this at first, but with time it’ll become second nature.

So follow these steps and, while it won’t guarantee success, it will put you in a far better place mentally to compete. Now it’s just a question of the cards falling in your favor.