The prayer of Kuntuzangpo is the sacred prayer of the Primordial Buddha. It is also a powerful prayer of aspiration on the path of awakening to the true nature of reality.

This Buddhist mantra expresses the different forms in which primordial awareness appears and helps us to understand and recognize that it is only our clouded understanding that makes things appear as other than they really are.

Samantabhadra is the great Bodhisattva of joy, freedom, and community. As a cosmic entity, He is the embodiment of all Bodhisattva spiritual practices and merits indispensable in the attainment of Buddhahood.

Moreover, Bodhisattva Samantabhadra means to extend great compassion that every sentient being is benefited and to practice so profoundly and extensively that all virtue is perfected.

In Tibet, according to the Nyingma (the ancient school of Tibetan Buddhism), Samantabhadra is the primordial Buddha who gave rise to all other Buddhas.

”Samantabhadra is not subject to limits of place, time, or physical conditions. He is not a colored being with two eyes. 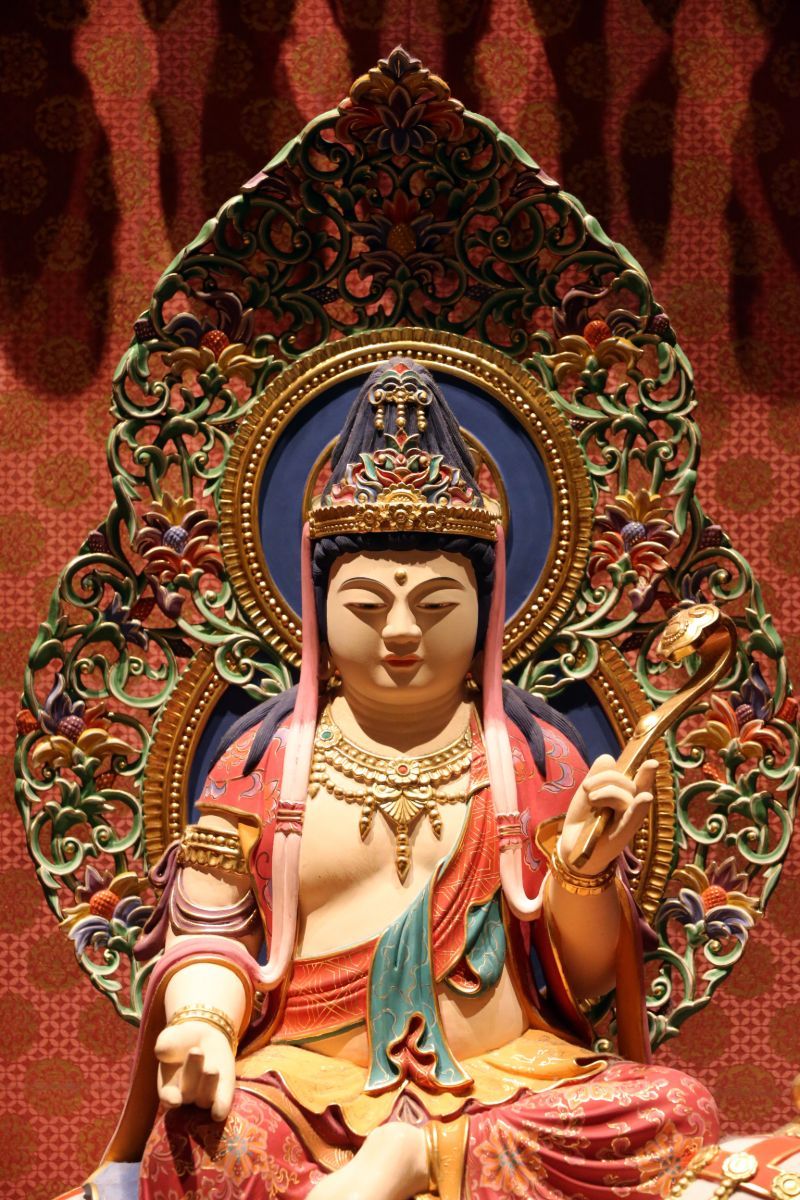 He is often depicted naked with a dark or bright blue body, to show nothingness and a lack of form. The Bodhisattva rides a white elephant that has 6 tusks. The six tusks represent the overcoming attachment to the 6 senses.

They also signify the 6 perfections – patience, charity, morality, diligence, contemplation, and wisdom – or the 6 ways Bodhisattvas pursue their spiritual practice to attain full enlightenment to benefit all living sentient beings.

Known as Puxian in Chinese, He is occasionally shown in Chinese art with feminine characteristics, bearing similar dress and traits to some feminine depictions of Kuan Yin (the Goddess of Mercy).

He is the patron of the Lotus Sutra (one of the most influential and popular Mahayana sutras) and, according to the Avatamsaka Sutra, made the 10 great vows which are the basis of a bodhisattva.

Through Kuntuzangpo’s prayer may all sentient beings, without exception, attain enlightenment in the state of dharmadhatu ( literally ‘the essence or expanse of phenomena’).

Listen to more powerful mantras on insightstate – Tibetan Chants for the Dead.