It helps to encourage wisdom and to calm the speaker while removing any obstacles they will face in the pursuit of a goal.

The mantra is found in the Upanishads.

The Upanishads are Sanskrit texts that form the foundations of Hinduism.

“Om Purnamadah Purnamidam” is specifically found in the Isha Upanishad. The Isha is a brief poem of 17-18 verses and is one of the shortest of the Upanishads.

It is a philosophical text about the nature of the soul and is the 40th chapter of the Yajurveda, which is a sacred Hindu scripture.

The verses of “Om Purnamadah Purnamidam” focus on the Atman, which is the soul or the self.

The Atman is the true essence of an individual beyond identification with external phenomena.

For some schools of Hinduism, particularly the Vedanta school, realizing the essence of one’s true nature (the Atman) is a key part of achieving Moksha, which is spiritual liberation or enlightenment.

On some accounts, this realization can release a person from the endless cycle of death and rebirth called samsara.

“Om Purnamadah Purnamidam” is a Shanti mantra, which means that it is a Hindu prayer for peace (Shanti means “peace”).

The Shanti mantras are recited at the beginning and end of religious discourses and rituals.

The word Shanti is uttered three times because doing such is believed to be calming and to remove obstacles in three areas: physical (Adhi-Bhautika), divine (Adhi-Daivika), and internal (Adhyaatmika).

The first area refers to “outer” obstacles, such as people and animals.

The second refers to metaphysical things, like ghosts or deities.

Finally, the third refers to inner obstacles like laziness, pain, or disease.

Thus, the goal in repeating the word “Shanti” three times is to help the speaker to overcome those barriers.

The world is born out of wholeness and thus is also complete.

Even if we remove everything from what is complete, it will remain complete. 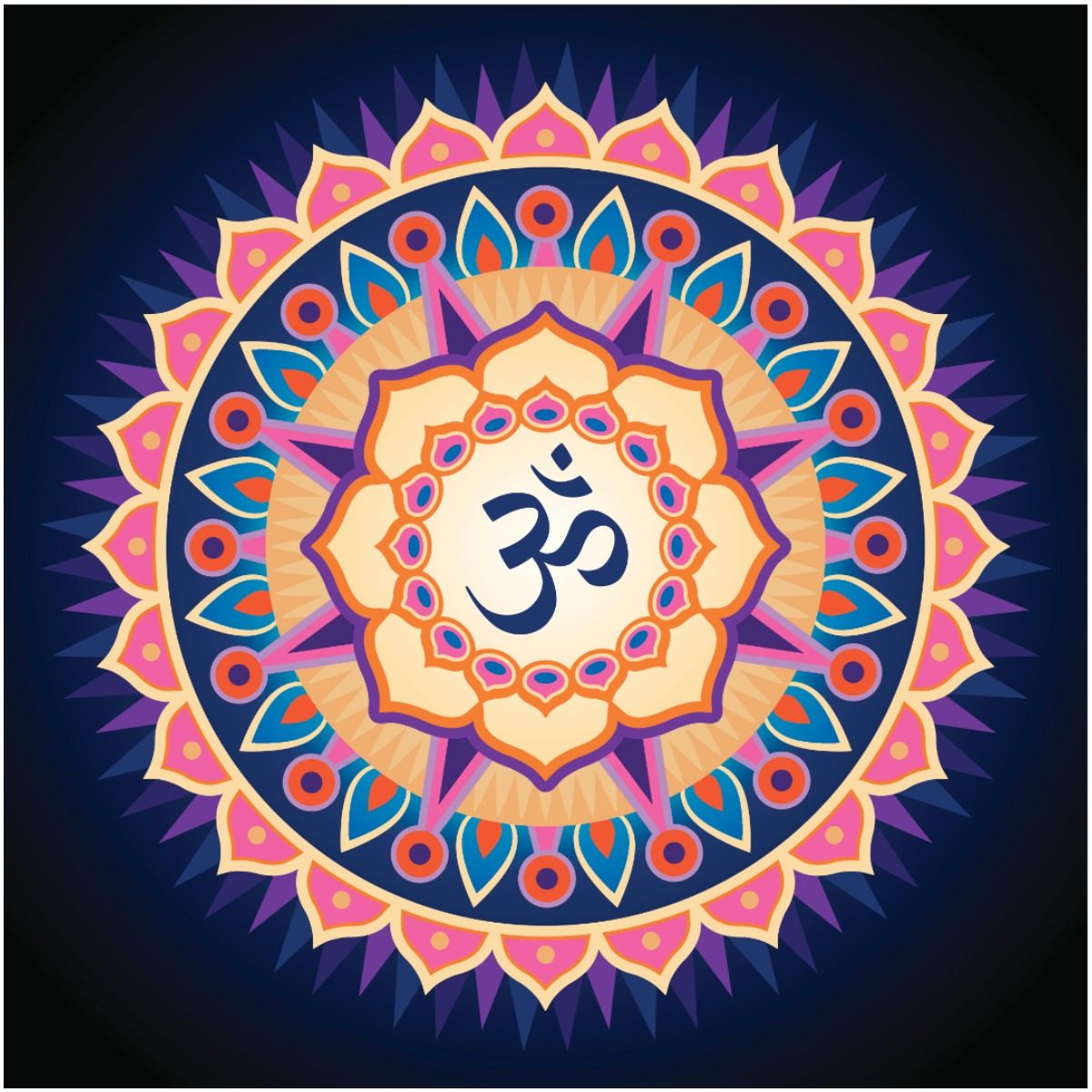 The Upanishads present a vision of the world in which everything is a part of one organic whole.

“Om Purnamadah Purnamidam” describes this vision, arguing that the universe exists in a complete and infinite-state that encompasses everything.

All things have come from one common source and continue their existence as a part of that source.

While things may appear separate, they are in fact all part of one indivisible totality.

In this sense, nothing is more significant or less significant than anything else because they are all part of the same infinite totality.

Deepening this point, the mantra suggests that while you can add or take away from the totality of which all things are a part, it will remain complete and show no deficit.

This is a strange point about something being infinite: even if you take away from it, it does not change in size—it remains infinite.

This is of course different from how the phenomenal world works, and at the root of this puzzle is the core realization that everything is a modality of a single underlying substance.

Thus, the differences between us are cosmetic; on the most profound level of existence, all things are one; this realization is the domain of truth (Brahmin).

We are, as some have said, like infinite waves within an infinite sea of consciousness.

We may briefly appear to be something separate or different, but we then resubmerge back into the always infinite, all-encompassing totality.

When we realize this, we will achieve enlightenment.

“Om Purnamadah Purnamidam” is supposed to awaken and energize the speaker’s inner wisdom.

Repetition of the mantra will help the speaker to see beyond the “I” to realize the all-encompassing, sacred energy that unites all beings.

This realization sparks incredible joy and inner peace in the speaker.

The mantra will calm the speaker. Also, as noted above, if spoken at the start of a task, it should also help to remove obstacles that may hinder the completion of that goal.

The “Om Purnamadah Purnamidam” is a powerful mantra that can help the speaker to achieve the wisdom that leads to inner peace.

READ THIS NEXT: Green Tara Mantra Meaning and Benefits

Wonderful to read many interpretations of this mantra. Do each of these have their- the guru who authored them? Do you recommend any particular audio version?