Ksitigarbha in China is known by his Chinese name Di-Zang Pu Sa and in Tibet by his Tibetan name  Sa-E Nyingpo. The name Di-Zang is translated as the “Earth Treasury “.

He is a very popular Mahayana Buddhist Bodhisattva who is usually depicted as a monk holding a six rings staff and red fireball which is said to signify a jewel. In China, the Bodhisattva Ksitigarbha sometimes is accompanied by a dog.

This is in reference to a legend that he found his mother reborn in the animal realm as a dog, which the Bodhisattva adopted.

In Japanese culture, he is known as Jizo or Ojizo-sama. In present days in Japan, he is popularly venerated as the guardian of aborted, unborn, miscarried, and stillborn babies. The Bodhisattva is also, like Kannon, one of Amida Buddha’s main attendants. 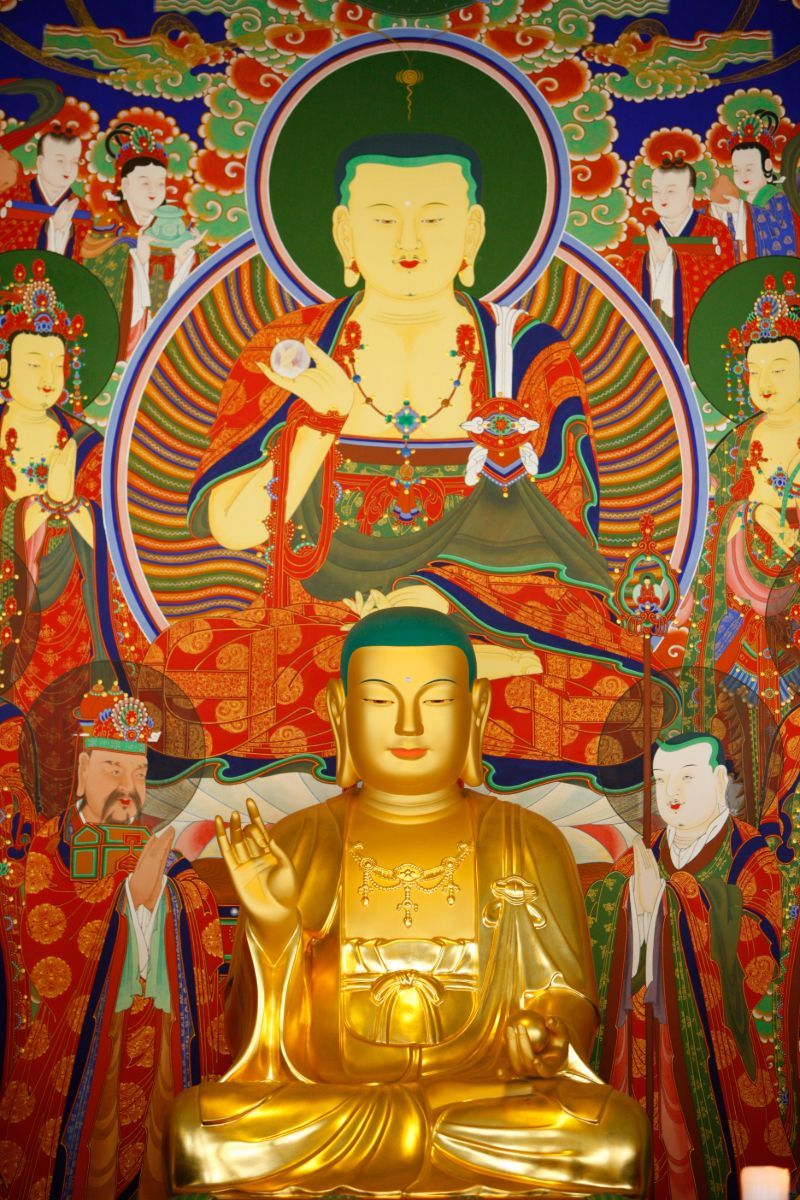 “Until the hells are empty, I vow not to become a Buddha: only after all beings are saved, will I myself realize Bodhi.” Because these endless vows, like the earth, are durable and solid, and because they are also like fertile soil, can grow all manner of goodness in the world, so he is known as Earth store Bodhisattva.

In addition to suffering souls in hell, the Bodhisattva also helps living beings in other realms, for example, humans, celestial beings, asuras, hungry ghosts, animals, and insects. He hopes that by teaching all these creatures, he will be able to stop them from committing more crimes, and thus help them to end their constant suffering.

This is the mantra that Ksitigarbha heard from Buddhas, equaling the number of sand grains of the river Ganga. He made offerings to them and then received this mantra.

This mantra is to be used for any difficulties, problems; it is the best one to do for any problems in any situation. Even reciting four or five times, just a few times, it is very powerful.

Also, Earth Store Bodhisattva is revered as the protector of stillborn, miscarried and aborted babies. He is the protective deity of travelers and guardian of pregnant women. He protects against earthquakes; he prolongs life and is a guardian of children. Jizo appears in numerous forms to alleviate the suffering of the living and the dead.

Here is an excerpt from the whole Ksitigarbha Sutra taken from Chapter 13 (last Chapter) of the Sutra. 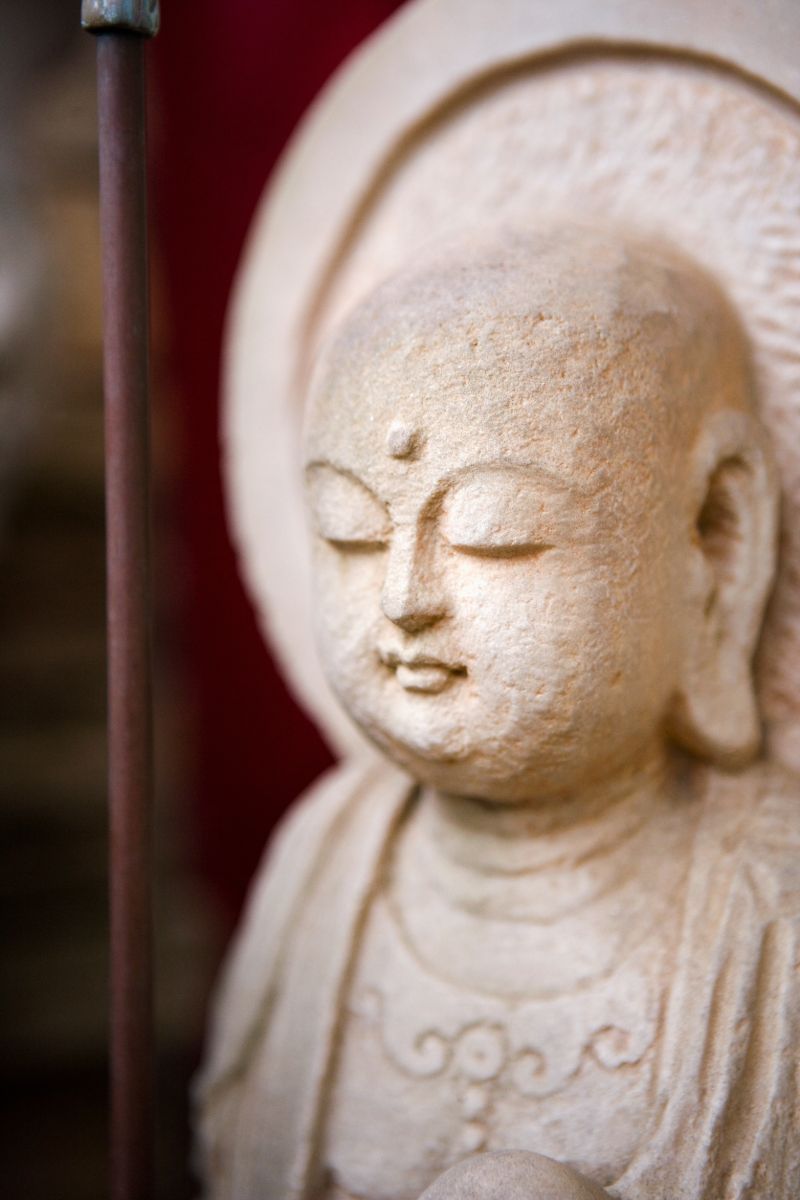 “The Buddha told Akasagarbha, “Listen attentively, listen attentively! For now, I shall tell you about those benefits one by one. In future times, any good men or good women who should see Ksitigarbha’s image and hear this Sutra and, furthermore, read and recite it, and who should also donate incense, flowers, drink, food, clothing and precious treasures as offerings, in addition to giving praise and making obeisance to Bodhisattva, will gain twenty-eight kinds of benefits, namely:

Its a very relaxing mantra