The endless knot or eternal knot is a symbolic knot and one of the Eight Auspicious Symbols.

It is an important cultural marker in places notably influenced by Tibetan Buddhism, such as Tibet, Mongolia, Kalmykia, Tuva, and Buryatia.

Meaning Of Endless Knot (or Eternal Knot) In Buddhism:

It illustrates an eternal pattern in its design, connecting one’s destiny bound by time and change.

It also signifies a union of the opposing dualistic forces of shadow and light, which, in some religions, are believed to be necessary to create harmony in the Universe.

In Buddhism, this symbol is a closed, graphic ornament composed of right-angled, intertwined lines.

It overlaps without a beginning or an end, symbolizing the Buddha’s endless wisdom and compassion. It reveals continuity as the underlying reality of existence. 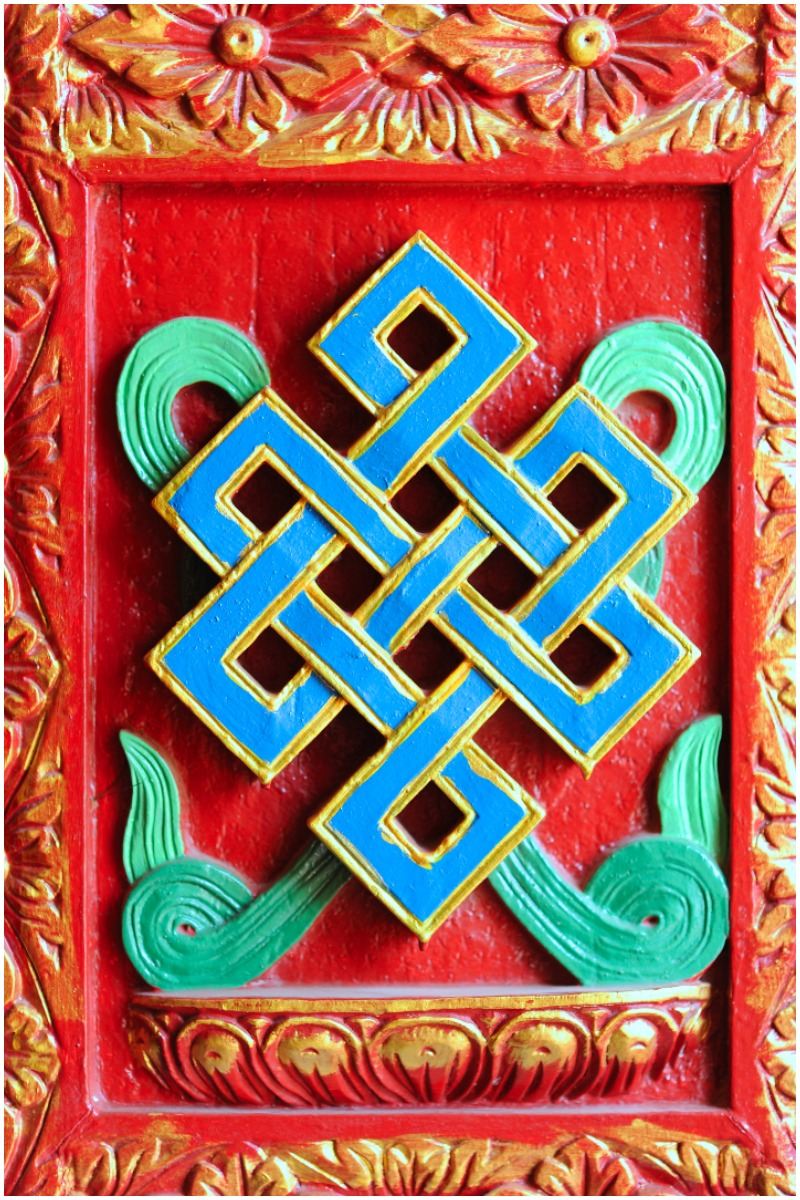 Interestingly, the religious symbol of the Eternity Knot is said to represent the interdependence between secular and religious matters.

Originally, this symbol was associated with Vishnu and his abiding love for his consort Lakshmi, goddess of prosperity and wealth. You can find the endless knot symbol on various inspirational products such as infinite knot decor, infinite knot pendant, and more.

Knots are certainly deeply rooted in our consciousness as archetypes.

They are perhaps given short shrift as tools but must have been among the first tools created when hominids started to use cordage, and their relationship to utility, connection, binding, and security is understood by us on a deeply primal level.

For example, one of the most sacred rites preserved in modern culture, the wedding, is known as „tying the knot” — which is not simply a binding, but an interweaving and interrelating of lives. 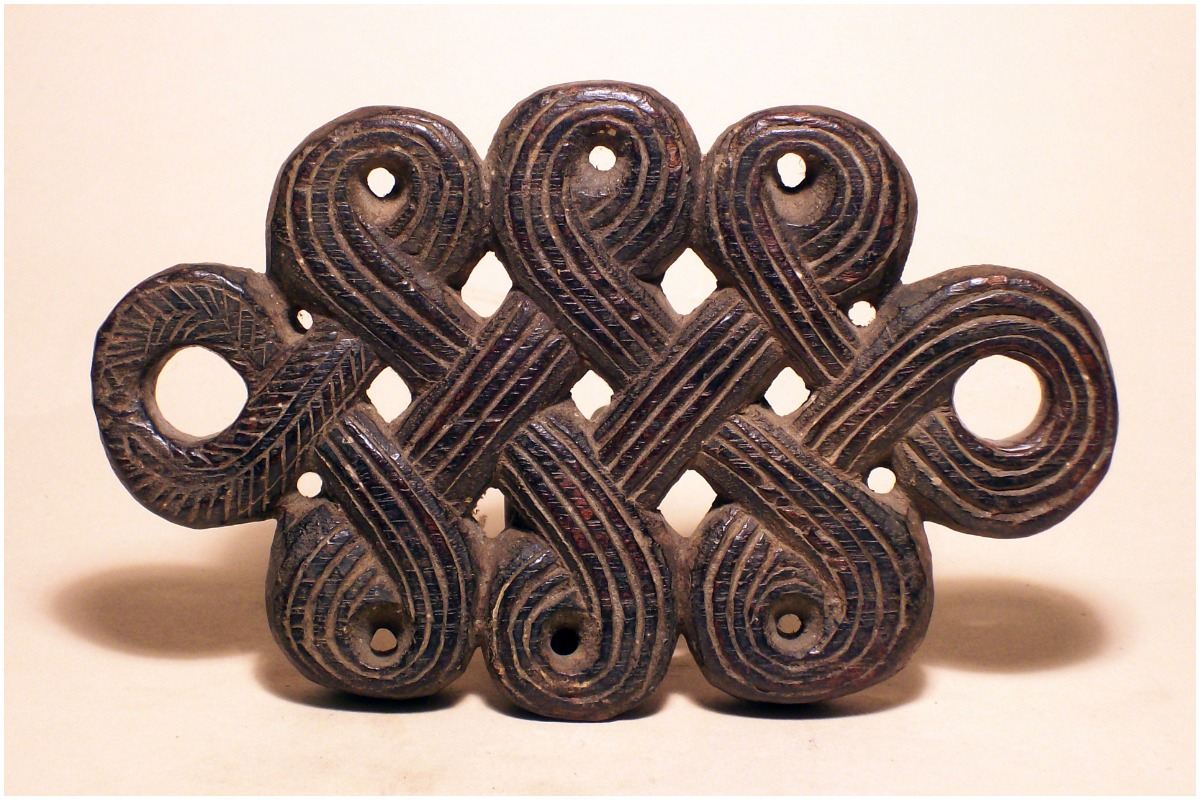 The symbol can be placed on gifts in order to create a favorable connection between the giver and receiver of the gift.

This symbol will simply act as a reminder of the fundamental unification between two or more individuals.

Also, by reminding oneself and others of the essential philosophy of interconnectedness and spiritual consequence, both the giver and receiver can enjoy a small dose of good karma.

READ THIS NEXT: Energy Healing Techniques