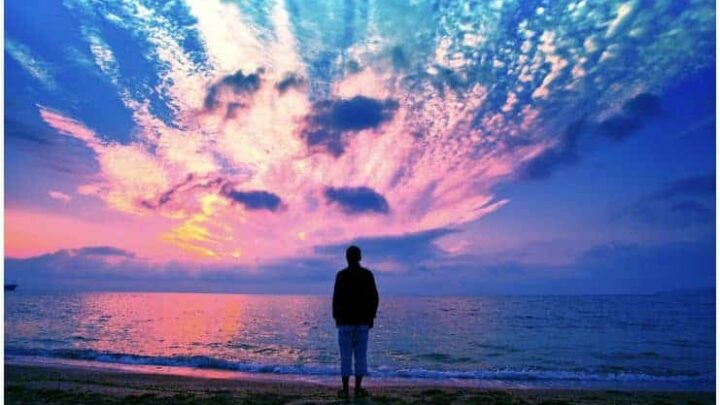 Does God exist? This can be a controversial question in some circles. I recently asked some friends how many of them could say with at least 95% certainty that God does not exist. No one was willing to take that leap.

So, let’s discuss this “controversial” subject matter. Not in the usual context that people think of where they hear about God, but from the yoga perspective.

First, please try to lower your guard a little and clear your mind of what you may think you know about God. We’ll try not to even use the word God if that will help you be more open to exploring this subject.

Instead, let’s say the Supreme Soul, which more accurately describes “God” from the yoga perspective. This should help you be able to leave behind any pre-existing connotations you may have in your mind attached to the word “God”, whether they be positive or negative.

To approach this subject, it’s important to understand that when we talk about the yoga system, we’re talking about a science. A yogi is a scientist, or seeker of the truth. A real scientist doesn’t let opinions or agendas interfere with their quest to uncover what is true.

A true scientist doesn’t begin their research already convinced of what the answer is. They aren’t attached to proving their theory is true, regardless of where the facts may lead them.

A true scientist is like a detective, they want to know the truth, and follow the facts where they lead them.  They look carefully at all the evidence.  They are not blind cynics or quick to reject anything they may not understand.

And they are not blind followers—they don’t just accept the predominant opinions of the day. “Everyone else believes this, therefore it must be true.” They are in a cautious middle ground.  Open minded, but with reasonable skepticism. “I’m going to hear, I’m going to consider, I’m going to explore for myself.  Then I will make a judgment or determination based on what is revealed to me.”

Our power or perception is limited

When we start to explore the question of the existence of the Supreme Soul, we first must appreciate that our perception is very limited.  In other words, we have limited vision.  For example, right now we have hundreds of thousands of germs crawling around all over our body, but we can’t seem them.  However, if we look through a microscope we can come to appreciate there are countless germs crawling on us.

So, with the assistance of certain tools, we can increase our vision and see what we couldn’t automatically perceive with our eyes. It’s the same with outer space—looking up we can see some stars in the night sky but if you use a telescope you can see a lot further and you can see more clearly.

These aren’t perfect analogies because we’re still talking about material vision.  We’re never going can see God with a microscope or telescope. The point is, our power to see is limited.

We can’t even see the back of our own head, let alone the countless cells and systems carrying out specific functions within our body at this very moment. Just consider what happens when you eat a snack. Automatically, without your endeavor, the body jumps into action and begins digesting the food, breaking it down into smaller molecules. It then takes the nutrients and sends them to every part of your body for nourishment. This all is going on without your direction or even perception of it. Again, the point is our vision is limited.

If we look at the intricacy and the design of our own body and how there are so many complex and intertwined interactions, it’s very difficult to conclude that it is all by accident, that it is all random.

Sometimes people don’t want to accept the existence of God because it entails having some faith in what we cannot see with our eyes, but to look at the perfect order that exists within our own body, all the other countless species and organisms in this world, and to disregard the logic that there is potentially some intelligent, purposeful design behind it all, is truly an act of faith.

Likewise, to sit on a clear night and look up at the stars and contemplate the countless planets orbiting countless suns throughout the universe and to deny the possibility that there’s something more than the just the material energy, that there may exist some intelligence beyond what I’m able to perceive or understand, is not scientific, logical, or even reasonable.

I’ll share a story with you. There was a professor at a big university. One of his colleagues, who was an atheist, came in to his classroom one day and saw that there was a big model of the universe. It was very intricate and detailed, with all the planets rotating in their orbits around the sun.

So, he said to the professor, “Wow, this is really amazing. It’s so perfectly designed. Who made this?” And the professor replied, “Nobody.” And the guy responded, “What are you talking about? This is so intricate and well planned, what do you mean nobody built this?  It didn’t just appear hear out of nowhere.”

The professor replied, “Clearly you are correct.  Something so complex had to have been created. But this was, by comparison, extremely simply to construct. How then can you look at the actual universe, which is infinitely more complex, and deny the possibility that it was created?”

In this way, the error in the atheist’s logic was pointed out to him. When we see such perfect order, with the sun rising and setting predictably each day, month after month, year after year, we must question, “what is the original cause or source of this perfect order?” There is simply no evidence in this world that such perfect order can come from an accident or random occurrence.

The problem with the “big bang” theory

Modern day scientists have this theory they are very attached to, the “big bang” theory. Where is there any example or evidence that an accident, such as the “big bang,” could ever result in order? It doesn’t happen. Have you ever seen a car crash? It’s not that when the cars collide somehow it results in order. Rather it’s just the opposite, there’s complete chaos with things flying all over the place.

So, this theory that millions and millions of years ago, somewhere in the cosmic swamp, there was matter floating around in some sort of primordial soup, and that suddenly, there was a big lightning bolt or explosion, what was previously random, non-living matter, somehow joined together and became more complex.

Then over millions of years, it gradually became more and more complex and molecules arranged themselves in such a way that a living organism came into being.

Over millions of more years, complex life gradually evolved. That sounds to me a lot more like blind faith that scientific reason.

Perhaps this is an over-simplistic description of the big bang theory, but it demonstrates the point that there are a lot of holes in the philosophy that order comes from chaos. The order does not come from randomness, especially not the magnitude of the order we see when we look out into the universe.

We should at least remain open to the existence of God

Even if you don’t accept or understand or believe in the existence of God or a higher power, I hope I’ve made a compelling case that you should at least be open to possibility. By looking at the marvels of nature we should all be able to admit, “maybe I don’t know everything.

I don’t have the vision to see and understand everything.”  With our limited minds and powers of perception, we can’t fully appreciate the creation of this universe, or the complex functions of a single cell in our body.  So, don’t be discouraged that you can’t grasp the inconceivable potencies and existence of the Supreme Soul.

The foundation for approaching the question of God’s existence is to first be in a consciousness of openness. We must be open to exploring and considering the evidence.  We must recognize that even though we may have an opinion as to whether God exists or doesn’t exist, we must follow the truth that is revealed to us.

The yoga philosophy is so rich, it is so deep and so profound in the description of the Supreme Soul.  It is unlike anything you have ever heard before.  So, if in your own life you’ve rejected the existence of God, I humbly ask you, try to find a more neutral position, and remain open to hearing.

There’s a lot of things about so-called religion and “God” that I also reject, so who can blame anyone that considers themselves atheists?  There are so many atrocities committed in the name of religion, in the name of God, it’s understandable that people don’t know what to think about, or believe in, or even explore the possibility of God’s existence.

The yoga perspective, however, is different. Real religion is based on the truth that you have an eternal, unchanging, ever-existing relationship with the Supreme Soul; and the yoga system helps us to gradually uncover the reality of that relationship.

Through the practice of the yoga meditation called kirtan, we can achieve “Yoga”, which means loving union with the Supreme Soul. Kirtan has so many benefits. If you want relaxation, peace of mind, relief from stress, it can certainly help you achieve these things. Yet in a sense, these are all side effects. There is also a more spiritual aspect and benefit of this practice. Kirtan has the effect of purifying our intelligence so we can see the world around us more clearly, allowing us to realize and appreciate the truth through ever-increasing insights and direct perception.

We’re all individuals, we all have free will, and we’re all at different places on our journey. No matter where you’re at on your path, no matter what your age or background, I encourage you to practice kirtan regularly.

For each of us, no matter how long we’ve been practicing it, we’re just scraping the surface of how deep and wonderful the potential is to understand our true identity, to understand where we fit into this universe, to understand where real happiness is to be found, and to understand whether or not God exists;  and if He does, what our relationship with Him is. All these things are available to anyone who cultivates the scientific desire to open their heart and mind and say, “I don’t know what the truth is, but I want to know.”

If you do this in your own life, whatever your current perception or understanding is of the Supreme Soul, or whatever name you refer to Him as, whether you perceive God as an energy or a personality or a bit of both, if you call out to that higher power in prayer or meditation and ask, “I don’t know the truth, but I want to, please show me,” then your path, your spiritual life will shift gears.

You may have been cruising around in the slow lane for many years, but that inquisitiveness, that calling out, will move you into the fast lane where the truth will reveal itself to you more and more based on your desire to know it.

Does God exist? Yes. But don’t take my word for it. Ask Him. 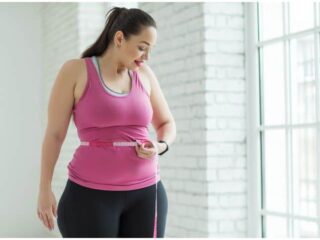