During the 15th and 16th centuries, religion was being questioned in many parts of the world, none more so than Catholicism.

In the late Medieval period, there was rising unrest within religious practitioners, who began to question several “issues” between the holy scriptures and what the Catholic Church actually taught its followers.

Questions surrounding the Churches’ leaders, their abuse of power, and accusations of corruption, led to increasing demands for reform throughout the Catholic faith and across the world.

Reformers believed that the scriptures were the ultimate word of God and that salvation was not given by right but was attained through faith, values, and truth.

By spreading this new-found ideal, reformation began to change the face of the Catholic Church forever.

Why did the Protestant Reformation begin?

Damning accusations were being made about the practices of Church leaders, from local Priests all the way to the Vatican.

The reasons for these allegations were shocking and numerous:

This shook the foundations of religion, which led to severe public discord, giving rise to violence, bloodshed, and persecution around the world.

The rise of Lutheranism.

Martin Luther, a pastor in Wittenberg, Germany, had one of the loudest voices in the Protestant Reform period. 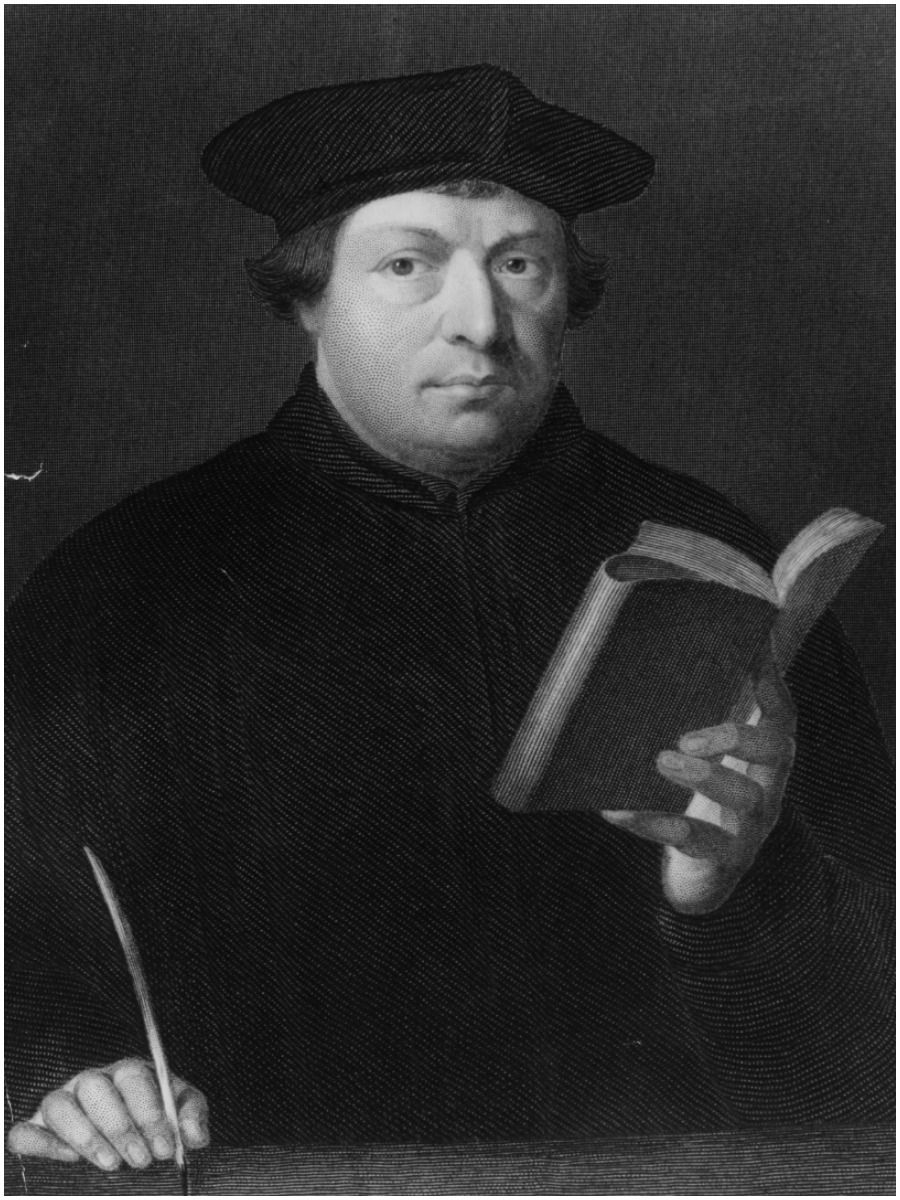 So angered was he by the things he had learned throughout his professional life, he began to openly assert his views to anyone who would listen.

Luther did not agree that the Pope had the power to request funding from the people of Rome and the wider Church, for extravagances and rebuilding of the Vatican, in exchange for salvation and forgiveness of sin in the form of a pardon.

Luther believed that Jesus died to forgive the sins of everyone regardless of merit or belief system.

Furthermore, he asserted that salvation is not awarded by a particular person and given for good deeds. But it is attainable for anyone who has faith in God and on that premise alone. The word of God is spoken only through Holy text and scripture.

This became the first of two founding principles within Lutheranism: The Doctrine of Justification.

Luther was so disgusted at this corruption of power and perversion of position, he began to take steps that would ultimately endanger his own life.

In 1517, Luther wrote his famous 95 Thesis and began to distribute it in his quest for reformation.

This was so widely and eagerly received, that within weeks, it was circulating around Europe and high society.

Inevitably, it made its way to Rome and into the hands of the Pope himself.

Outraged, the Pope issued a decree that Luther was a Heretic and demanded his excommunication from the Catholic Church. What’s more, so far reaching was Luthers’ voice, the Emperor of Rome issued a warrant for his life.

Luther then went into hiding, protected by his loyal followers, enabling him to continue his studies and spread his word even further afield.

Ultimately, Luther was adamant that the word of God was not divinely given to the people through the word of the Pope or anyone else for that matter.

As he had demonstrated in his writings, the flaws in the current Pope’s conduct and self-beneficial actions meant that the Pope was not representing the word of God, but representing his own self-interest.

This observation became the second founding principle of Lutheranism: The Proper Source of Authority.

Despite the Papal Bull from the Pope and instructions from the Emperor, Lutheranism began to take hold in Northern Europe during this time and became a state recognized religion.

Over time, Lutheranism spread across the globe and is still widely practiced to this day as one of the largest Protestant Christian denominations in the world.

READ MORE: What’s The Difference Between Catholicism and Christianity?

During the Protestant reforms, a man called John Calvin came across the works of Martin Luther, and this sparked an epiphany. 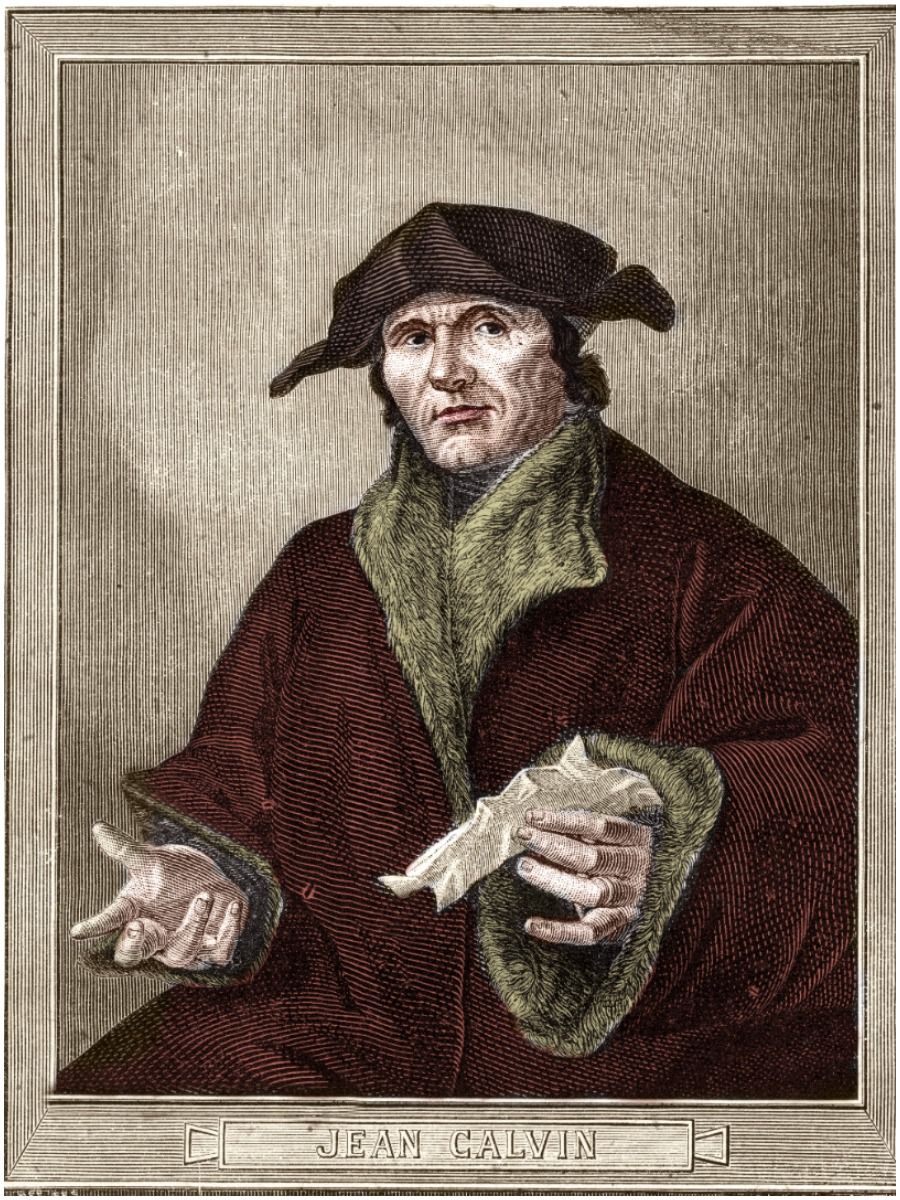 He began to ask similar questions regarding the Catholic Church and decided that he no longer held the value system of the church that had been so highly questioned by many.

He moved away from his home country of France and from the Catholic Faith, in exile to begin his calling within the reformation movement.

His famous writing, namely The Institutes of The Christian Religion, impressed leaders of the movement, and Calvin was asked to manage the reform in Switzerland.

Calvin scoured the Holy Texts and produced works of his own, providing new thoughts and theories on every book in the Bible.

He mentored and trained missionary workers and sent them to every corner of the globe. Calvin’s teachings infiltrated schools, politics, and the wider world, ensuring that Calvinism became rooted deep in European Culture.

From his years of work, Calvin believed that salvation is granted by God, to anyone he has mercy upon.

Their worship or behavior is not a factor in the divine decision to save the chosen few.

In addition, his exile and excommunication, brought Calvin to reject the authority from religious teachers of the word of God, including the Pope.

Replacing this authority with the Authority of God alone, that no man can know better than God himself.

The basic principles of Calvinism have become known as the Tulip of Calvinism, which are five doctrines of:

Calvin’s work became so widespread and accepted in many parts of the world that it informed other reformations, such as the reformation of the Church of England.

Many Christian denominations identify with Calvinist principles and is still prevalent in many Churches today.

READ THIS NEXT: What are the Parthenon and the Pantheon?