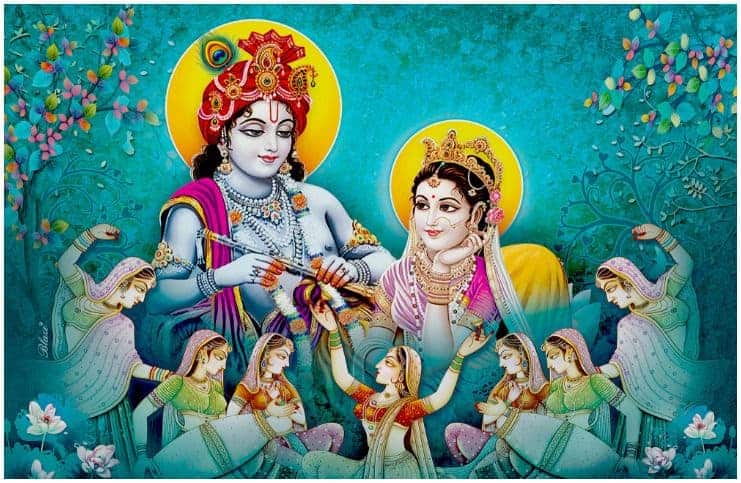 Lord Krishna is the eighth incarnation of Lord Vishnu in Hinduism and is considered to be a warrior, hero, philosopher, and teacher by Hindus.

The name Krishna appears as the 57th and 550th name of Lord Vishnu in Vishnu Sahasranama of the Mahabharata and is also listed in the 24 Keshava Namas of Lord Vishnu which is recited and praised at the beginning of all Vedic pujas. A puja is a prayer ritual offered in Hinduism, to honor and worship one or more deities

Krishna’s birthday is celebrated 8 days after Raksha Bandhan in the month of Sravana and celebrations are spread over 2 days.

The stories of Lord Krishna appear across a large spectrum of Hindu philosophical and theological traditions. They portray him in many perspectives: a model lover, a God-child, a divine hero, a prankster, and the supreme being. The main sacred scriptures discussing Krishna’s story are the Harivamsa, the Mahabharata, the Bhagavata Purana, and the Vishnu Purana.

Krishna never appears to grow old or age at all in the historical illustrations of the Puranas despite passing of a few decades, but there are grounds for a debate whether this reveals that he has no material body, since battles and other descriptions of the Mahabharata epic show precise indications that He seems to be subject to the limitations of nature.

From the tenth century AD, He became a favorite subject in performing arts and regional traditions of devotion developed aspects of Krishna such as Jagannatha in Odisha, Vithoba in Maharashtra and Shrinathji in Rajasthan. Since the 1960s the adoration of Lord Krishna has also spread in the West, largely due to the International Society for Krishna Consciousness.

Listen to more soothing mantras on insightstate, such as: Lama Tsongkhapa Mantra.