This mantra is the mantra for the Bodhisattva Manjushri, which is associated with transcendent wisdom in Mahayana Buddhism.

In Esoteric Buddhism, he is also taken as a meditational deity. The Sanskrit name Manjushri can be translated as “Gentle Glory” or “Gently Voice One”.

Scholars have identified Manjushri as the oldest and most significant Bodhisattva in Mahayana literature.

In China, His sacred mountain is Wu Tai San in the province of Shanxi. It is written in the ancient sutras that Gautama Buddha predicted that Manjushri would reside in the mountain of Wu Ting.

Manjushri is first referred to in early Mahayana texts such as the Prajnaparamita sutras and through this association, very early in the tradition, he came to symbolize the embodiment of prajna (transcendent wisdom).

Manjushri is depicted as a male Bodhisattva wielding a flaming sword in his right hand, representing the realization of transcendent wisdom which cuts down ignorance and duality, and limited worldly knowledge of beings.

In artworks of Tibetan Buddhism, Maitreya is commonly portrayed together with Manjushri, who represents the future Buddha, at his left hand, and Gautama Buddha, the transcendental wisdom of Bodhisattva, on his right.

He is either seated on an elephant or on a lion. Both animals are linked with a completely enlightened Buddha. 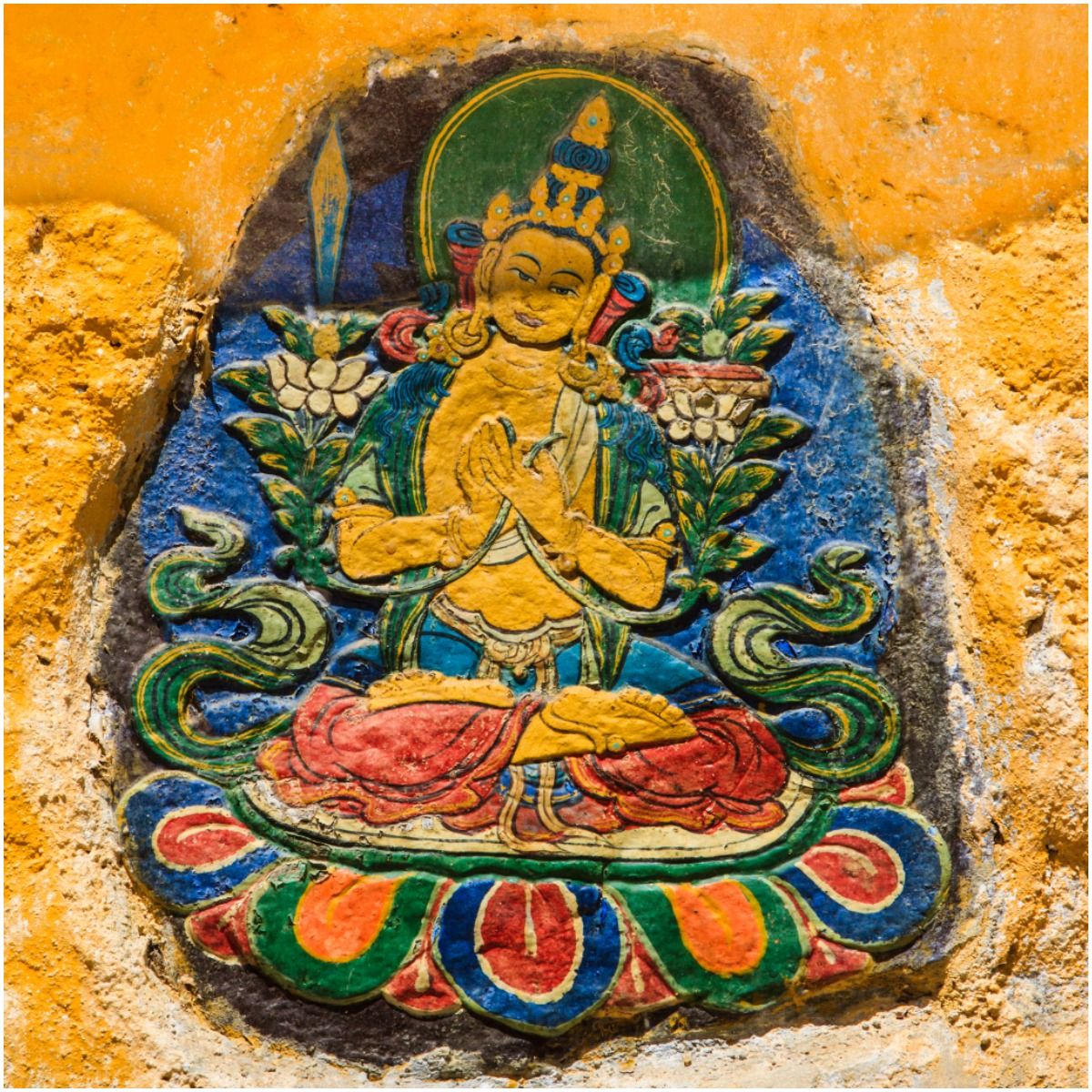 This is the mantra of wisdom, both intellectual wisdom and the wisdom beyond all words and thought – spacious, clear, open mind imbued with bliss and contentment. 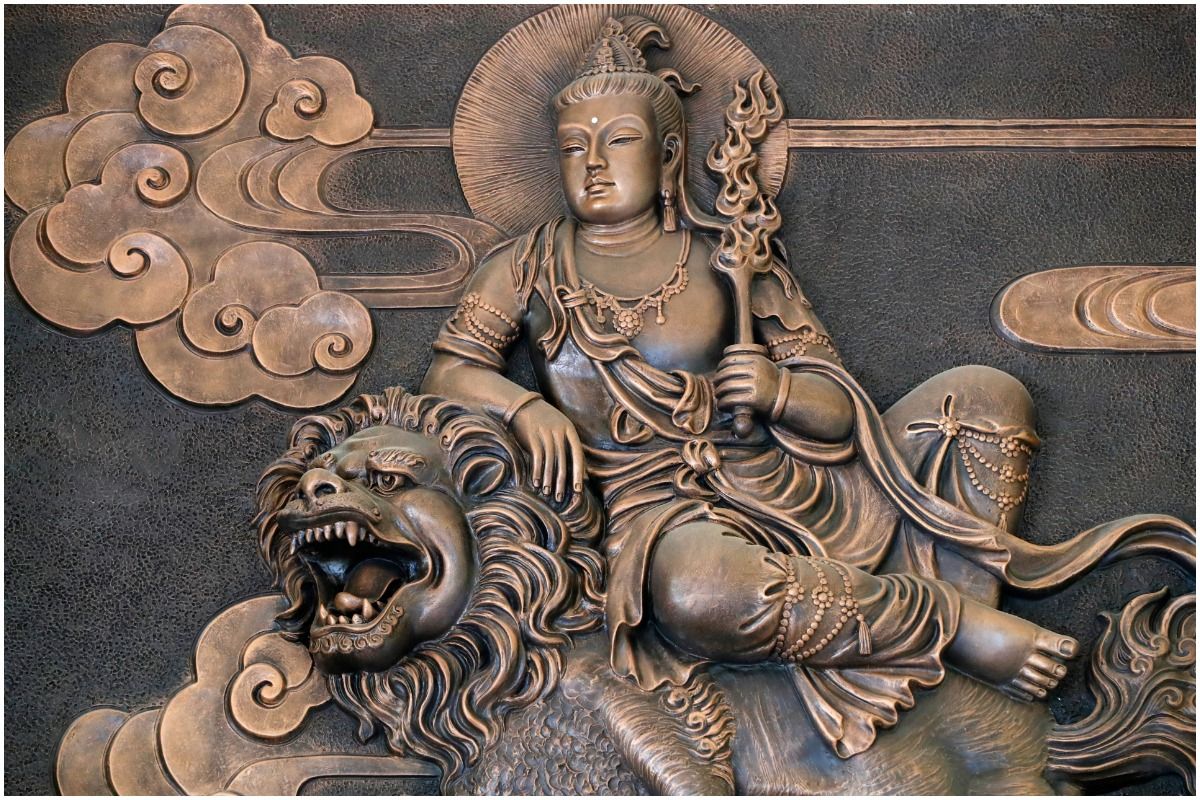 Enhances wisdom and improves one’s skills in debating, memory, writing, explaining, and so on.

“Dhih” is the seed syllable (Bija) of the mantra and is chanted with greater emphasis.

The essence of a cosmic being is concentrated in his bija. Bodhisattva Manjushri’s mantra can be given to help develop wisdom, memory, and the understanding of the scriptures.

This mantra is very good for helping us to gain wisdom and penetrative insight to counter ignorance. Furthermore,  it represents the fruition of our spiritual practice that melts the ice of our samsaric mind into the water – its real Buddha-nature.

Visualizations to do during the recitation of Manjushri’s Mantra, according to Thubten Chodron:

At your heart is a horizontal moon disk. On that is a six-spoked wheel, and at its hub is an upright orange seed syllable dhih. Just above the wheel’s spokes are the syllables om ah ra pa ca na, standing clockwise.

Light emanates from the dhih and the mantra syllables. It fills your body and cleanses all negative karmas and obscurations, especially those arising from ignorance.

The darkness of ignorance is completely eliminated and the light of wisdom increases to illuminate all objects of knowledge.

Very Beautiful lesson and Information! I am deeply honored. Thank you so very much. Good Health, Safety, Protection, and Many Blessings!