In the Nyingma tradition (the oldest of the four major schools of Tibetan Buddhism), the Om Ah Hum Vajra Guru Padma Siddhi Hum mantra is believed to be a powerful mantra that can engender union with the Three Vajras (body, speech, and mind) of Padmasambhava’s mind-stream and consequently those of other enlightened beings.

“In the Mahaparinirvana Sutra, Buddha Shakyamuni announced his parinirvana to the students who were with him at the time.

Many of them, particularly Ananda, the Buddha’s cousin, and personal attendant, were quite upset upon hearing this. So Shakyamuni Buddha turned to Ananda and told him not to worry.

“Eight years after my parinirvana, a remarkable being with the name Padmasambhava (also known as Guru Rinpoche) will appear in the center of a lotus and reveal the highest teaching concerning the ultimate state of the true nature, bringing great benefit to all sentient beings.”

Buddha Shakyamuni said that Padmasambhava would be even more enlightened than himself.

Of course, Buddha Shakyamuni was fully enlightened, and there is no higher realization, but by the Buddha’s manner of expression, we can begin to understand the importance of Guru Padmasambhava. 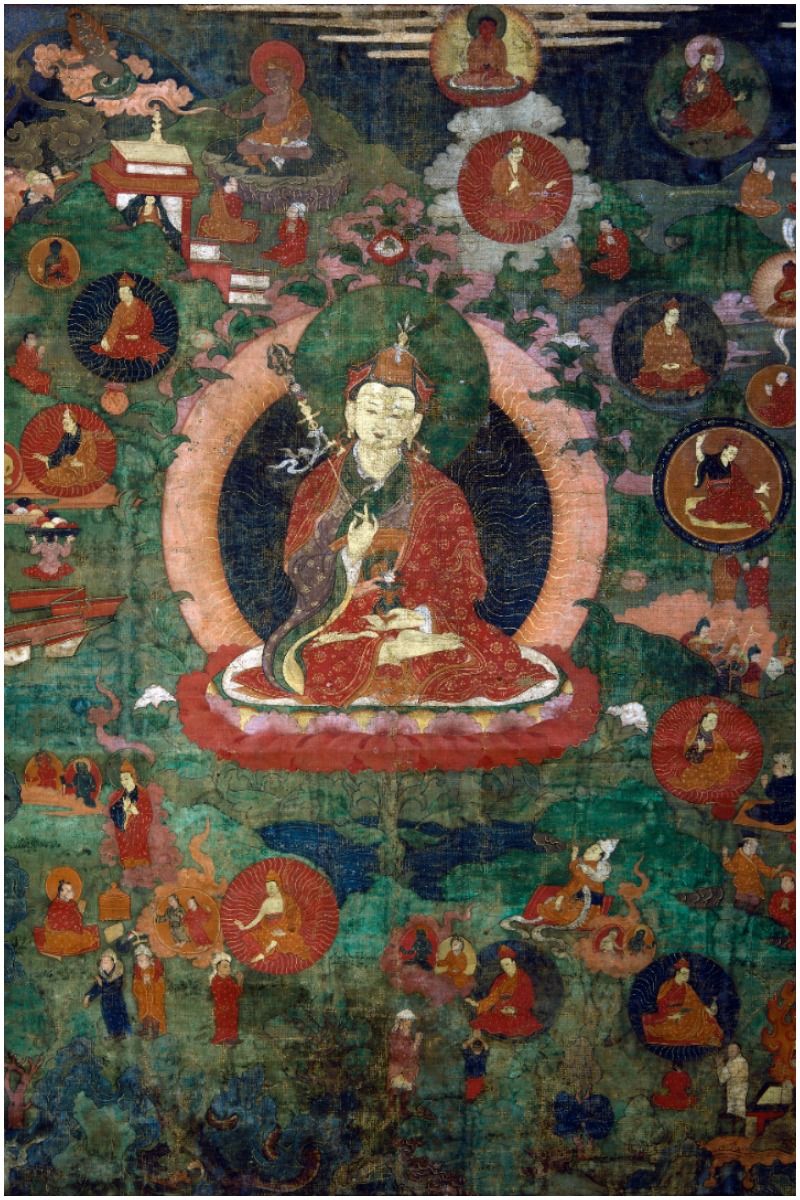 Many prophecies indicate that Guru Rinpoche would be a fully enlightened Buddha, appearing in this world to help sentient beings.

For the most part, Buddha presented Hinayana and Sutra Mahayana teachings, while Guru Padmasambhava taught the Vajrayana. Both revealed the complete and perfect path to awakening so that individuals of all capacities would be able to benefit.

The absolute level of the Buddha’s teaching is beyond conception. If it did not go beyond the conceptual level, there would be no need to change our normal way of understanding things.

To help us realize the primordial nature, Buddha taught again and again that we must transcend clinging to ordinary dualistic conceptions, close-mindedness, narrow attitudes, traditional rules, beliefs, and limitations.” – quote from The Eight Manifestations of Guru Rinpoche by The Venerable Khenchen Palden Sherab Rinpoche. 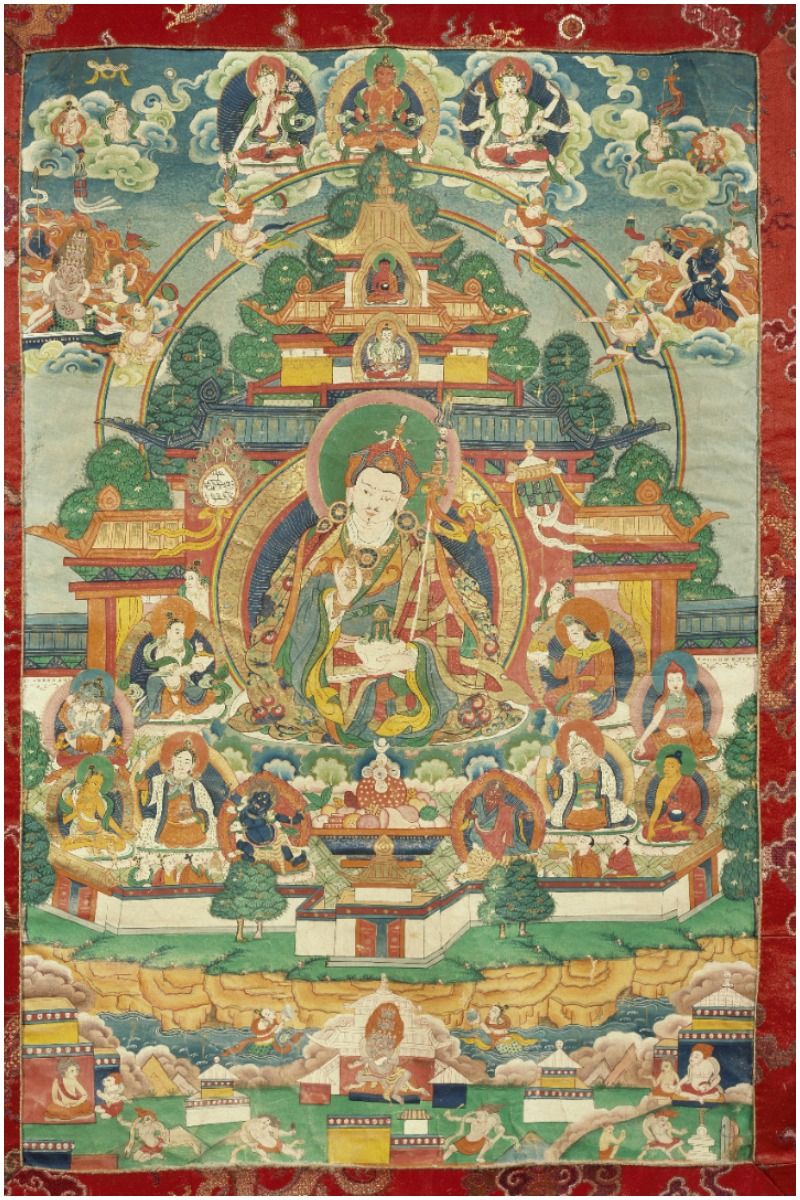 I invoke you, Vajra Guru, Padmasambhava, by your blessing may you grant us ordinary and supreme realization.