He is one of the best-known and most worshiped deities in the Hindu pantheon. His image is found throughout India, Sri Lanka, and Nepal. Hindu sects worship and adore him regardless of affiliations.

Devotion to Ganesha is also widely diffused and extends to Jains and Buddhists.

Lord Ganesh was brought to life by Goddess Parvati to guard herself against people entering her bath. The birth of Lord Ganesh is a legend in itself.

He brings writing and knowledge. But he is most often known as the “Breaker of Obstacles.”

This does not mean that if something blocks your way to success, that appealing to Ganesh will result in your thundering through your opposition like some great juggernaut (a word derived from the name of a Hindu deity Jagannath).

Rather, Lord Ganesh breaks obstacles by working around them. He may not help you fix a relationship, but He might help you find a new one.

He might not get you a raise at work, but you might get a job offer from another company for more money.

He is a warrior but is not into fighting for fighting’s sake. Indeed, that is why he lost his head, and it had to be replaced with the head of an elephant. Rather, the Lord helps you find other ways of overcoming obstacles. The true obstacles He breaks are those which prevent you from recognizing alternative solutions. 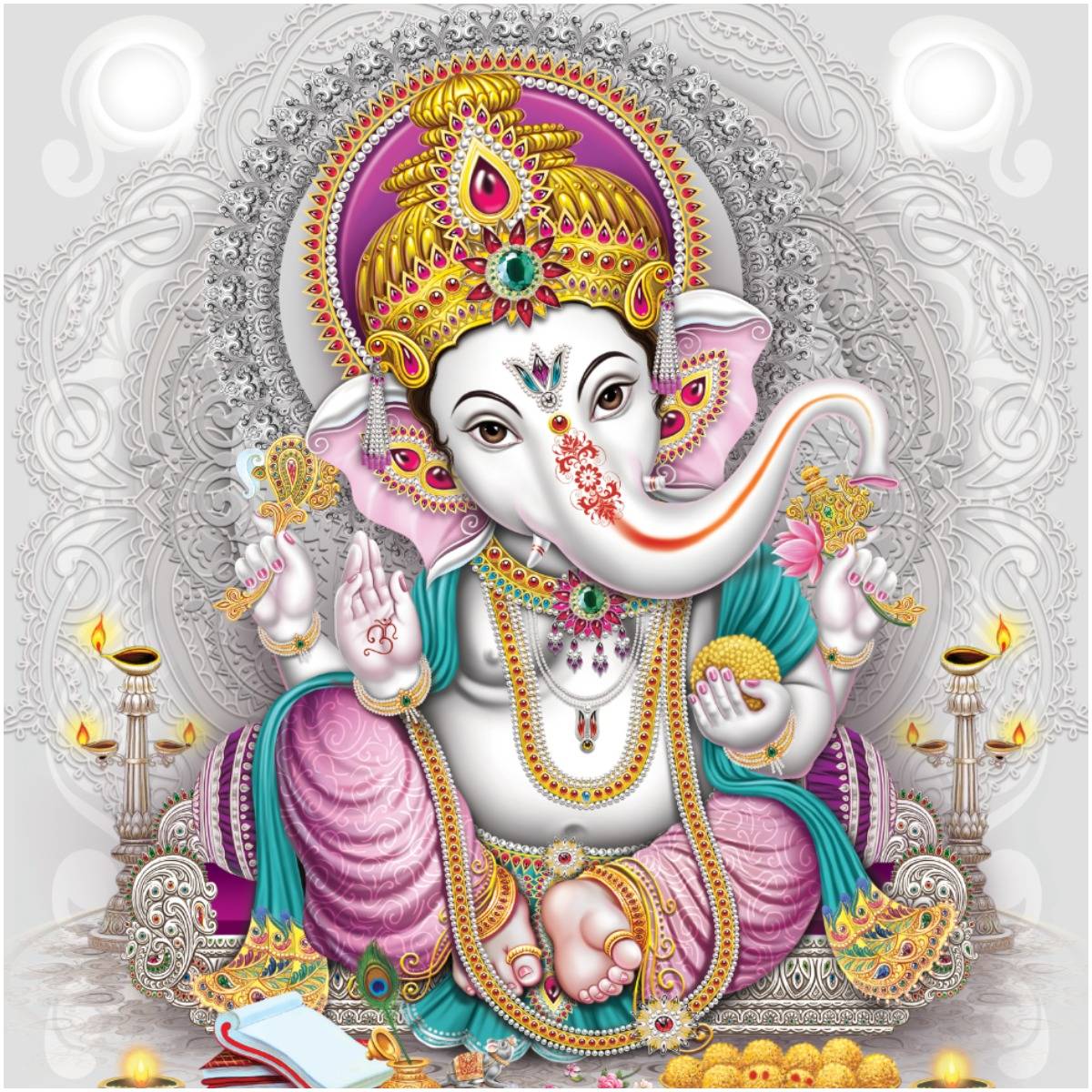 Ganesha has been represented with the head of an elephant since the early stages of his appearance in Indian art. He may be portrayed dancing, standing, playing with his family as a boy, heroically taking action against demons, engaging in a range of contemporary situations, or sitting down or on an elevated seat.

Every element of the body of Lord Ganesha has its own significance and its own value:

Benefits Of Chanting Ganesh Mantra, According to Swami Muktananda Puri:

Swami Muktananda was affectionately known by all as simply Baba. He wrote a number of books on the subjects of Kundalini Shakti, Kashmir Shaivism, and Vedanta, including a spiritual autobiography entitled ”The Play of Consciousness.”

He was a disciple and the successor of Bhagavan Nityananda. Swami Muktananda said that regular chanting of the Ganesh mantra has the following benefits:

One more point to remember is that one should bathe or wash the limbs before sitting for the repetition of the mantra. Also, one should do 3 or more pranayama (breathing exercises) before starting the mantra.

The minimum repetition of the mantra should be one full mala or 108 times. When this is done at a fixed hour and place regularly for 48 days, it becomes an Upasana, which means intense meditation that will yield siddhis, magical or spiritual powers.

Another warning to bear in mind is that one should use those siddhis only for healing the sick and other such selfless actions for the benefit of mankind. These spiritual powers should not be misused. Misuse of any of these spiritual powers may bring the curse of the asuras (demons).