The essence of Buddhism is the Three Jewels of the Buddha, Dharma, and Sangha. Still, many lay people have erroneous ideas about the importance of the refuge ceremony.

In fact, so important are the Buddha, the Dharma, and the Sangha, that they’re referred to as the Triratna (in Sanskrit) or the Triple Gem of Buddhism. The Three Jewels are also known as the Three Treasures or the Three Refuges.

The Three Jewels Of Buddhism – Buddha, Dharma, and Sangha meaning:

”I go for refuge in the Buddha.”

In Mahayana Buddhism, while “Buddha” may hint at the historical Shakyamuni Buddha, “Buddha” also refers to “Buddha-nature,” the absolute, unconditioned nature of all things. But apparently, the Shakyamuni Buddha was not referred to as “Buddha” by his students and followers during his lifetime; rather, he was usually called “Lord” or “Bhagavat.”

Buddha represents all those who have awakened from the sleep of ignorance and blossomed into their full potential. 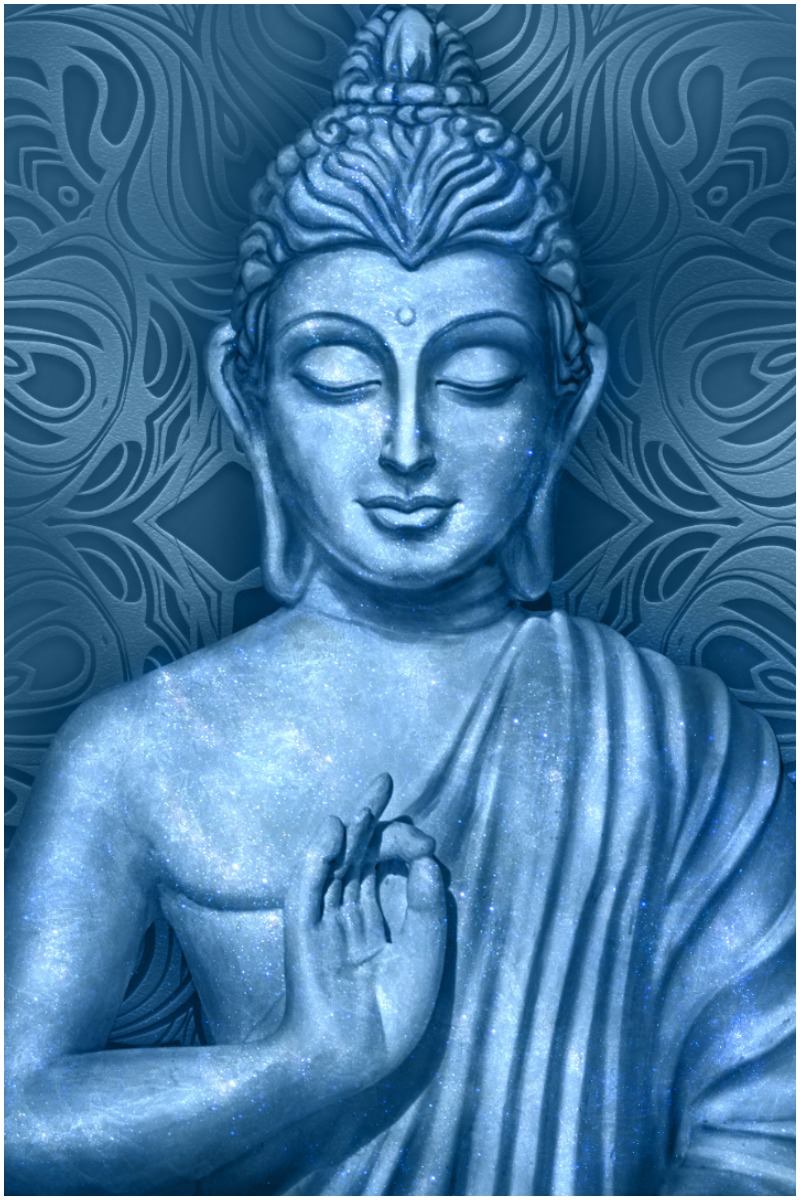 ”I go for refuge in the Dharma.”

“Dharma is our own reality that we seek to understand fully, to open to fully. Dharma, therefore, also consists of those techniques and the teaching of those techniques that are the sciences and arts which enable us to open ourselves.” – Robert Thurman.

Like “Buddha,” the word Dharma can point to a few meanings. For instance, it refers to the Buddha’s profound teachings and also to the law of karma and rebirth. It is also occasionally used to refer to ethical rules and to mental thoughts or objects.

The highest meaning of Dharma is the reality that holds us in a state of bliss, holds us in freedom from suffering. The Dharma teaches us compassion for others and ourselves through an understanding of The Four Noble Truths (the first teaching ever given by the Shakyamuni Buddha) and leads to a release from ignorance and fear.

In Tibetan Buddhism tradition, Dharma includes both the Tengyur (the commentaries by realized practitioners) and the Kangyur (the teaching of the Buddha), and in an intangible way, it also includes the living transmission of those spiritual masters, which can also be very inspiring.

”I go for refuge in the Sangha.”

The word Sangha literally translates as ”assembly” or ”community,” meaning a group of people. The Sangha is a fellowship of people learning to understand how things truly are by following the Shakyamuni Buddha’s teachings and encouraging each other and people to change. Strictly speaking, Sangha refers to those who have completely understood the deepest teachings of Shakyamuni Buddha.

When we turn toward the Sangha, we are able to offer help to others, learn from others, and use our practice to engage with others mindfully.

The importance of the Sangha cannot be overestimated. Trying to achieve enlightenment by yourself and only for yourself is like trying to walk uphill during a mudslide.

These Three Refuges are central to both Buddhist monastic and lay ordination ceremonies, as initiated by Buddha Gautama himself.

READ THIS NEXT: 34 Interesting Facts About Buddhism