Akshobhya is one of the five Dhyani Buddhas (wisdom Buddhas), along with Vairocana, Amitabha, Ratnasambhava, and Amoghasiddhi.

He is occasionally merged with Acala, a protective deity, particularly in Shingon traditions.

Akshobhya Buddha (“Immovable One”) symbolizes the overcoming of passions such as anger and hatred towards other beings.

He is easily recognized in illustrations by having a blue body.

He is easily recognized in illustrations by having a blue body color and the left hand supporting an upright vajra scepter.

Sanskrit for this land translates to the joyous; therefore, it is the land of the joyous.

It is believed that those who are reborn in this realm can never fall back to lower realms of consciousness and are never to be born again.

Therefore, it is said that all believers should seek to follow and fulfill the vow of Akshobhya.

The Vajra family, to which Akshobhya belongs, is associated with the element of water.

According to the scripture of The Buddha-land of Akshobhya, a Monk wished to practice the Dharma in the eastern World of delight and made a vow to think no Anger or malice towards any being until Enlightenment.

He duly proved “immovable,” and when he succeeded, he became The Buddha Akshobhya. 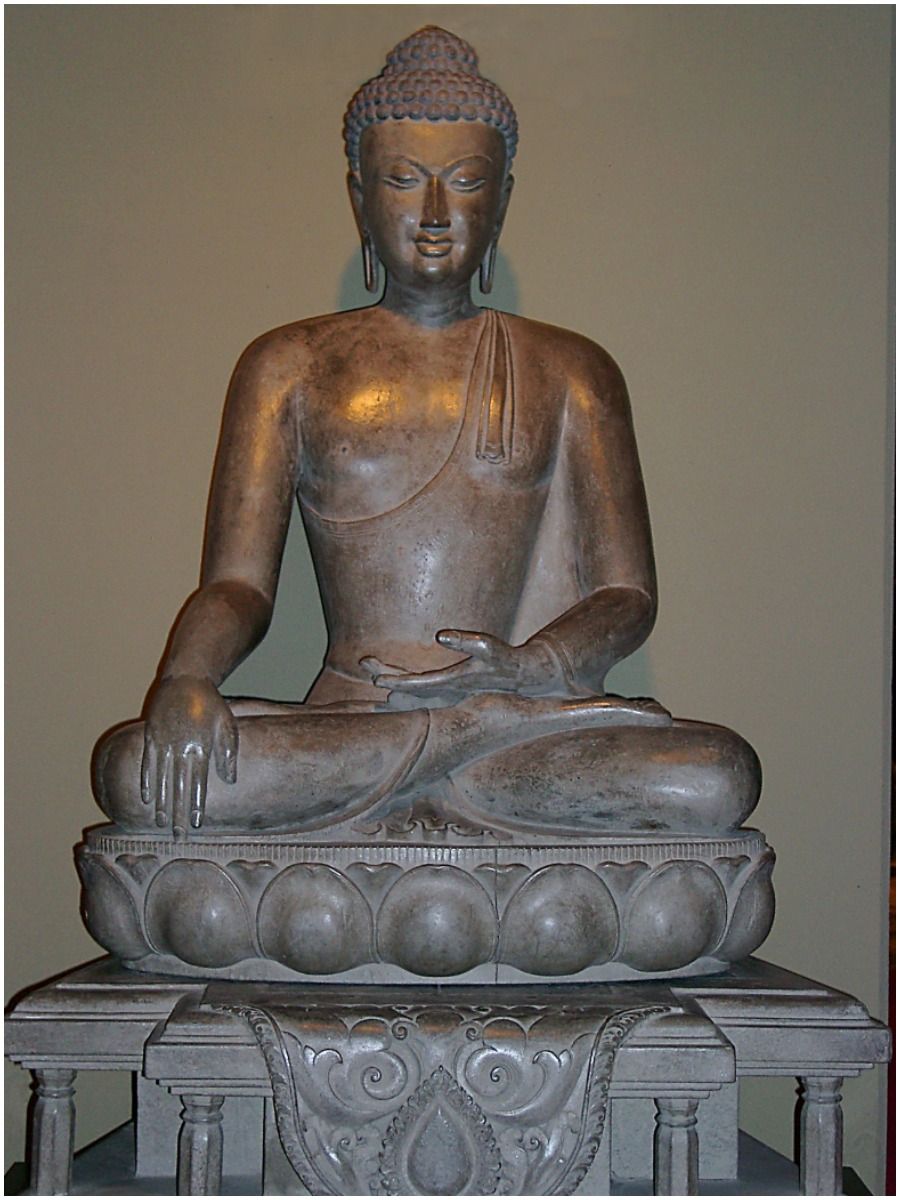 In the Akshobhya sutra, Gautama Buddha himself extolled the perseverance of Buddha Akshobhya in actualizing this intention so powerfully that numerous sentient beings have been saved from the intense suffering of lower states of existence.

This version of Buddha Akshobhya Mantra is interpreted by H.H. 17th Karmapa – the head of the Karma Kagyu.