Rich vs Poor: Who is Happier?

Who is happier: the rich or the poor? To be honest, it is hard to give a one-size-fits-all answer to this question. Each class of people has its reason to be happy and its fears to block happiness.

Whichever group you belong, it is advisable to seek the services of a life coach whenever you feel unhappy. Nevertheless, this article looks at how different aspects of life affect our peace and happiness. Be our guest.

These threats include vulnerability to crime, hunger, disease, and hate.

Rich people have the money to buy security, enough food, take their kids to the best schools, have the best medical covers, and live in clean neighborhoods.

That way, these people are able to focus on themselves without caring too much about what goes on around them.

Poor people, on the other hand, live at the mercy of other people. They depend on the rich for employment opportunities, some live by donor foods, and they take their kids in deplorable public schools and hospitals.

They live in unsafe neighborhoods with liter and unclean air all over the place. That means that they aren’t fully in control of their health and life in general.

Bottom line: In this regard, the rich are happier.

When we feel loved, we are less likely to be sad. Poor people are more compassionate and they love one another more than the rich.

And because they don’t have many earthly possessions, they try to enjoy the company of each other. In the ghetto, for example, everyone knows everyone and they all stick together through thick and thin. If they are fighting crime, they do it together.

If the authorities are unfair to them, they stage uprisings together. When the school system fails them, they console each other. During parties and good times, they celebrate together and enjoy life as a community.

In upscale neighborhoods, on the other hand, people tend to be contented with their lives so they don’t always rely on other people to survive. But that doesn’t make them happier than poor people. If you visit a rich people’s party, you will leave confused about whether it was a showoff contest or a party.

The dancing, the jokes, the laughter that defines partying aren’t as pronounced in these parties as they are in poor neighborhoods. And in case of a calamity, neighbors in upscale estates do not know each other too well so they don’t comfort one another as poor people do.

Bottom line: Poor people are more appreciative of the people around them and that makes them happier than their rich counterparts.

Rich people know that many people look up to them and that gives them a lot of self-confidence. They know that they can buy justice if they need to, so they don’t really care about who they wrong or what their actions can precipitate.

Poor people, on the other hand, feel like other people look down on them and that jeopardizes their confidence. And because they don’t have the resources to buy justice or even to protect themselves from injustice, they tend to stay as far away from trouble as possible.

Bottom line: This is a tie. Being confident in life means that the rich are happier than the poor. But it also means that they get in too much trouble and, as much as they get out of it fast, they cannot be happy when in it.

The poor may be less confident when around people of the upper class but when they are in their comfort zones, they are always happy.

Rich people are always in competition with themselves and other people. They set high-risk goals and push their luck too far sometimes.

When they achieve their goals, the reward is always worth it and they are happy. But when they fail, they get depressed and unhappy. For most rich people, getting satisfied with what they have is not among their life goals.

The poor, on the other hand, don’t have too many goals to chase. They have dreams for a better life, alright, but they always thank their God for keeping them alive. As such, they are less likely to get depressed or frustrated by unaccomplished goals.

Bottom line: The poor are able to appreciate what they have. That makes them happier than the rich.

Who is happier: the rich or the poor? To be honest, it is hard to give a one-size-fits-all answer to this question. Each class of people has its reason to be happy and its fears to block happiness.

Whichever group you belong, it is advisable to seek the services of a life coach whenever you feel unhappy. 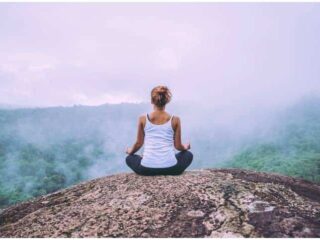 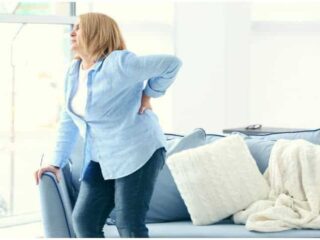 I somewhat disagree with this article yes, when you are poor it is much easier to be grateful for all the little things in life. But, sometimes even poor people are unsatisfied with the little things. They yearn for more then they are capable of achieving. Sometimes, poor people don't want to learn to be happy with what they have. Sometimes people aren't born with a strong sense of gratitude, leaving them ungrateful with whatever they have. Luckily, the rich do not have to worry about being born without a great sense of gratitude, they can upgrade any unsatisfactory thing in their lives with their riches. So in this sense, poor people have it worse.