The Vajrakilaya Mantra is considered to be one of the most powerful mantras.

This mantra originates from Tibetan Buddhism.

It is considered to be one of the most potent mantras to overcome and remove the difficult obstacles in your life.

Vajrakilaya practice can help all sentient beings to remove inner fear, cut self-clinging, and also help understand and realize the nature of the mind.

Vajrakilaya is believed to be a wrathful manifestation of Vajrasattva, the Buddha of purification. 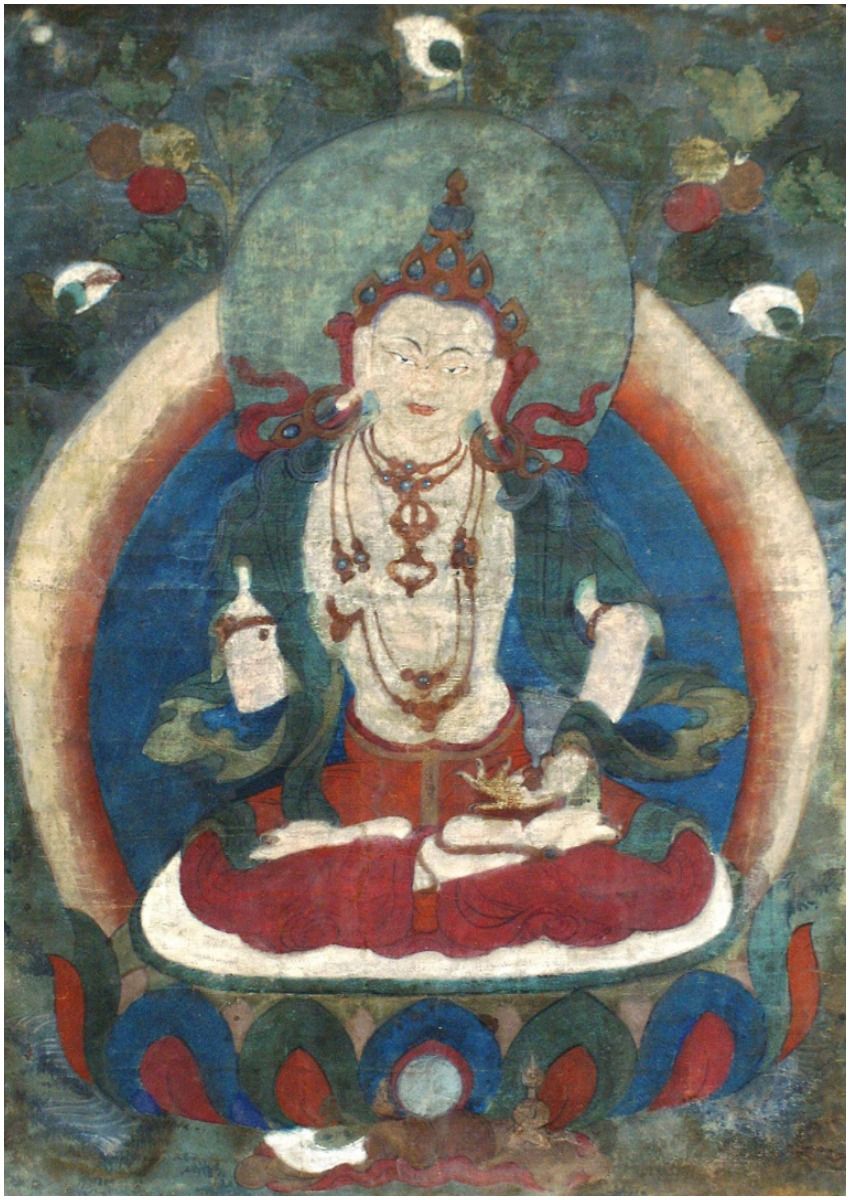 Vajrakilaya is considered the deity who embodies the enlightened activity of all the Buddhas and whose practice is famous for being the most powerful for removing obstacles, destroying the forces hostile to compassion, and purifying spiritual pollution.

Vajrakilaya is one of the eight deities of Kagye.

Vajrakilaya is the primary meditational deity of the Nyingma tradition. This is the oldest of the four major schools of Tibetan Buddhism.

It is also part of Vajrayana Buddhism and the spiritual practice of many spiritual teachers in Buddhism.

The name Vajrakilaya reflects the power of buddha-wisdom to transfix the destructive self-habit of ignorant sentient beings.

Many great Tibetan teachers of all the lineages, especially Sakya and Nyingma, have engaged in this spiritual practice to accomplish full enlightenment throughout the ages.

The constant transmission of this Tantra comes from a long lineage, up to the present day.

The visual representation of the deity is known as the frequent manifestation of Vajrakilla.

In his upper right hands, he holds 2 Vajras (weapons), and in his middle, left hand, a trident-tipped khatvanga power-scepter.

Vajrakumara holds his symbol – the Phurbu dagger in his lower right and left hands.

His 3 left hands hold a flaming triple wish-fulfilling jewel or triratna, a trident, and the kilaya.

His back is covered by the freshly flayed skin of the elephant representing ‘ignorance’ with the legs tied in front.

A human skin is tied across his chest with the hands lying flat on his stomach and solar plexus representing the flailed ego that has released its powerful grip.

Vajrakumara is seen with a knee-length loin cloth winding around his belly. It is belted with a tiger skin complete with tail, claws, and head.

This deity wears manifold naga adornments and jewelry: naga earrings, naga bracelets, naga anklets, and a naga cord over his chest, sometimes referred to as a naga girdle and a naga hairpiece or hair ornament.

His faces are round and small compared to his tall body.

Despite a scary appearance with large fangs and bulging eyes, Vajrakilaya is perceived as having a benevolent air about him.

He is the deity of the magic thunder nail, the kila, a device said to be forged through the power of one-pointed concentration and wisdom.

This ‘one-pointed focus is a concerted mindfulness on the unity and interdependence of all dharmas.

This one-pointed focus is understood as ‘applying oneself fully.’

He is a favored tantric archetypal deity embraced by the Nyingmapa.

The manifestation of this deity is said to clear obstructions for the purpose of more realization.

Those practicing the mantra say he is the essential meditational deity of the Nyingmapa tradition of Vajrayana Buddhism.

The Vajrakilaya Mantra goes as follows:

One scholar of the ancient mantra describes it like this, “Suchness is the natural state of all phenomena. This is the great perfection free of duality. Such nature is acknowledged through individual awareness.”

Vajrakilaya is known for being the most potent for destroying the forces hostile to compassion, removing obstacles, and purifying the spiritual pollution so prevalent in this age.

Those who follow the Buddhist practice say that in today’s difficult times, anxieties about one’s personal life and world conditions can create difficult thought-forms.

With billions of people consumed by the same negative concerns, shared thought forms create an interwoven web of great turmoil around the world.

This increased negativity in the world can give rise to negative emotions, creating inner obstacles to spiritual practice and happiness.

This is said to, in turn, manifest as outer obstacles in life.

Practitioners believe this is especially helpful and suitable for individuals and for the well-being of the world community as a whole.

Vajrakilaya practice can help all sentient beings to remove inner fear, cut self-clinging, and also help understand and realize the nature of the mind.

READ THIS NEXT: Kalachakra Mantra Meaning