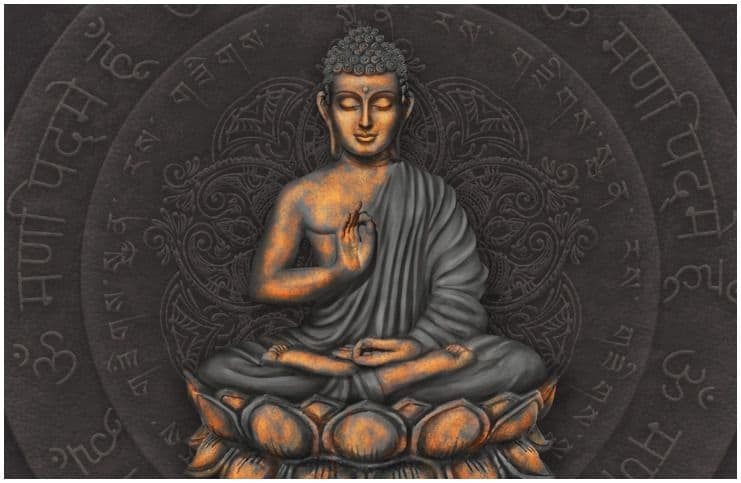 ”The ordinary body, ordinary speech, ordinary mind we transform in the body, speech, and mind of the Buddha.”

It is in no way separate from the Buddha himself.” – Thubten Yeshe

Siddhartha Gautama (0r Shakyamuni Buddha), who would one day become known as Buddha (the awakened), lived in Nepal during the 6th to 4th century B.C.

The teachings of Gautama Buddha are considered the core of Buddhism. He gave the Four Noble Truths, which express the basic orientation of Buddhism and provide a conceptual framework of the Buddhist thought, and proposed the Eightfold Path to end suffering.

He is undoubtedly one of the most influential figures in world history, and his profound teachings have affected everything from a variety of other faiths to literature to philosophy, both within India and to the farthest reaches of the Western world.

Chanting Benefits Of The Mantra:

When we chant this mantra, we are expressing and embodying that heart-essence.

Furthermore, the Buddha mantra is usually recited not just as a sign of respect and acknowledgment of the Gautama Buddha but also as a means of entreating the Buddha to help you find the inspiration that you need to follow in order to attain full enlightenment.